Symptoms of ITP & How to Deal With Them in Ayurveda 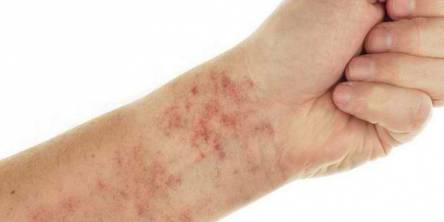 ITP or Immune Thrombocytopenia is a rare bleeding disorder due to a low amount of platelets in the blood. It is also known as Immune or Idiopathic Thrombocytopenic purpura. Thrombocytopenia means a decrease in blood platelets. Purpura means purplish looking areas of the skin and mucous membranes.  It is one of the autoimmune diseases which results in the destruction of platelets due to which the patients have the tendency to bleed or bruise in excess. Platelets are produced in the bone marrow. They are needed to stop bleeding by clumping together to form a clot and seal the cuts or tears in the blood vessels and tissues. In case, there is a reduction of platelets in the blood (below 50,000), the wound won’t stop bleeding or will take longer to clot. Internal bleeding or bleeding on or under the skin can result.

ITP can be caused by certain medications, due to some infection, pregnancy, or other immune disorders. In majority cases, the cause of ITP is unknown so it is termed as Idiopathic. Genetic mutation can also cause thrombocytopenia.ITP is more common in young women and older men.  Children get ITP usually after a viral illness like chickenpox, mumps or measles. In children, ITP is acute as it lasts less than six months. In adults, the ITP is more chronic and last longer.

Treatment of ITP according to Ayurveda

The treatment of ITP is determined by the severity of its symptoms. In some cases, no therapy is needed while in some, the medicines are prescribed. Blood or platelet transfusion is done is some cases if needed.

A change in lifestyle and diet along with intake of herbs helps in treating ITP completely.  A holistic approach to healing is followed by Ayurvedic physicians. The medicines prescribed focuses on regulating the immune function of the body and helps in body’s repair mechanism. The medicines also aim at reducing inflammation, pain associated with the symptoms of ITP.

The medicines or herbs beneficial in bringing up the platelet count naturally are :

Diet includes an increase in the intake of vitamin B12 or folate which is found in beans, lentils, spinach, asparagus, avocado, and beets. You can get it from yogurt, salmon, tuna, turkey, and beef too. It is important to take fresh fruits and vegetables especially cruciferous vegetables.