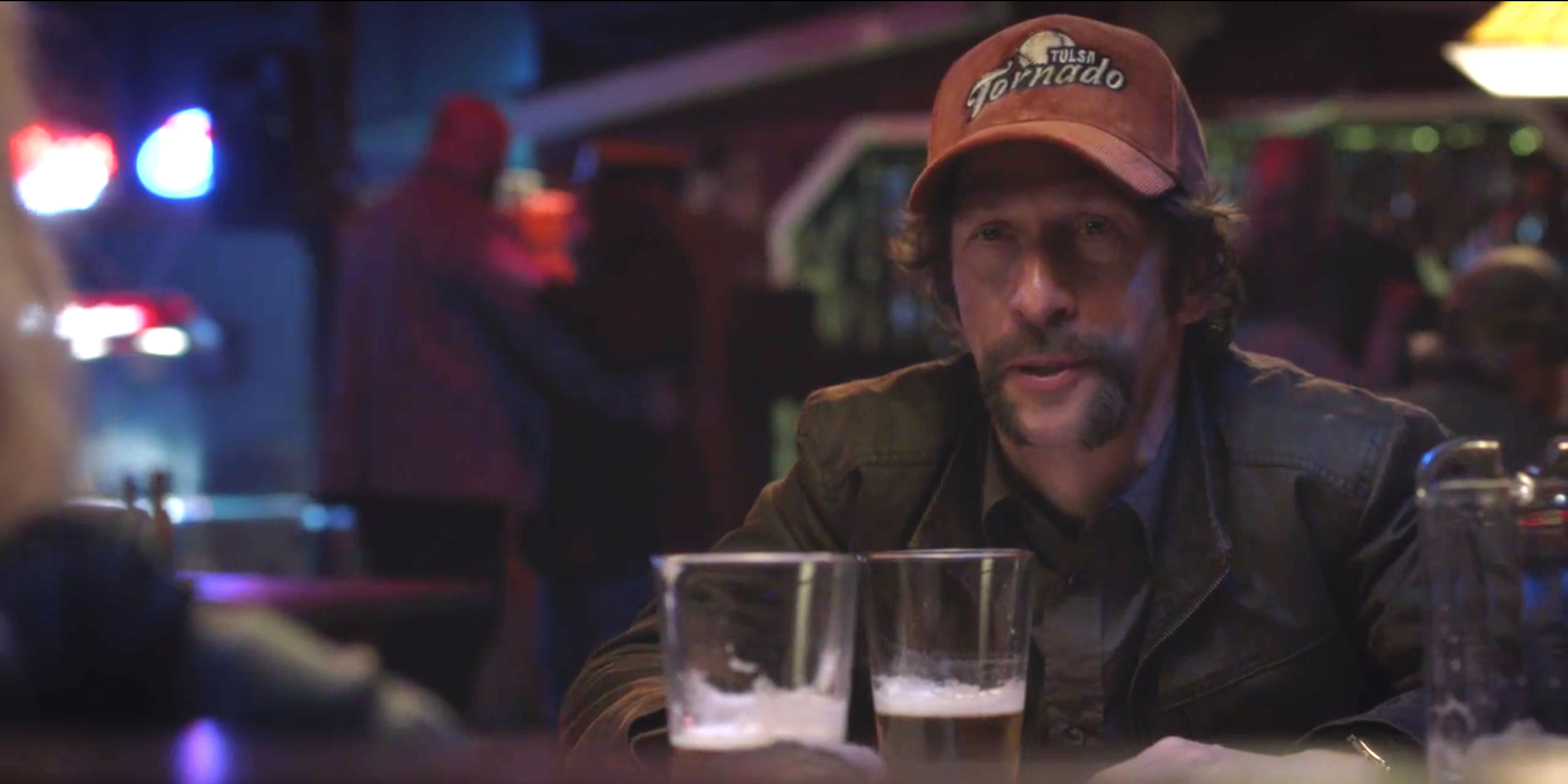 Movie buffs may have raised an eyebrow while watching the fifth episode of HBO’s Watchmen, because one character referenced a hit movie by one of the greatest living director—Steven Spielberg’s Pale Horse—that didn’t quite sound familiar. A quick double check through IMDB would let you confirm that this was, indeed, a movie created for the Watchmen script, but there’s more to Pale Horse than just a throwaway line.

When Wade/Looking Glass (Tim Blake Nelson) is leaving his support group and meets Renee (Guest star Paula Malcomson of Deadwood fame), someone else with—as she calls it—”a squid story.” Hers, though, revolves around Pale Horse, a Steven Spielberg movie that came out in 1992 (one that, mind you, is not a real movie. But in Watchmen‘s world, Robert Redford is President and there are no cell phones, only beepers. So let’s ride with it).

“It won like a gazillion Oscars,” Renee tells Wade when he can’t even feign familiarity with it. She also mentions that the movie is entirely in black and white, except for a little girl’s red coat—making the movie sound like Schindler’s List.

So, this movie is a big deal in HBO’s Watchmen universe. And as the story tells, Pale Horse is the name of the band that was playing at New York City’s Madison Square Garden when Veidt’s Squid Attack hit the city—and the entire band and all in attendance died. This isn’t just from HBO’s version of the show—it’s in the comic, too. The band’s logo and graffiti shows up throughout the comic (sometimes sprayed underneath a question asking “Who Watches The Watchmen?”)

In one of the comic’s supplemental reading mid-chapter breakouts, a Nova Express (a fictional publication within the Watchmen world) mentions the name of Pale Horse’s lead singer, Red D’eath alongside that of Mick Jagger and Bruce Springsteen. So, again, This group was a big deal.

It’s an important moment in the episode to hear how deeply the movie resonated with Renee’s character; the show has gone to desperate lengths to show how people manage and deal with trauma, and her example of watching a movie over and over again to feel any sense of comfort is a very real and realistic way that some people can. In the entire episode, we see how Wade’s entire way of life is essentially a safeguard and overcorrection from various traumas he’s experienced throughout his life. So for someone else to tell him about a way to deal with trauma that’s decidedly less extreme is a more-than-worthy juxtaposition.

And given that the movie seems to have resonated with so many people in the Watchmen world—Renee says she’s watched the movie “1000 times,” and that it helps her get over her 11/2 trauma—it’s clear that this is yet another piece of fiction in held in high regard in this world. Well, at least a smidge higher than American Hero Story, at least.

Evan Romano Evan is an associate editor for Men’s Health, with bylines in The New York Times, MTV News, Brooklyn Magazine, and VICE.