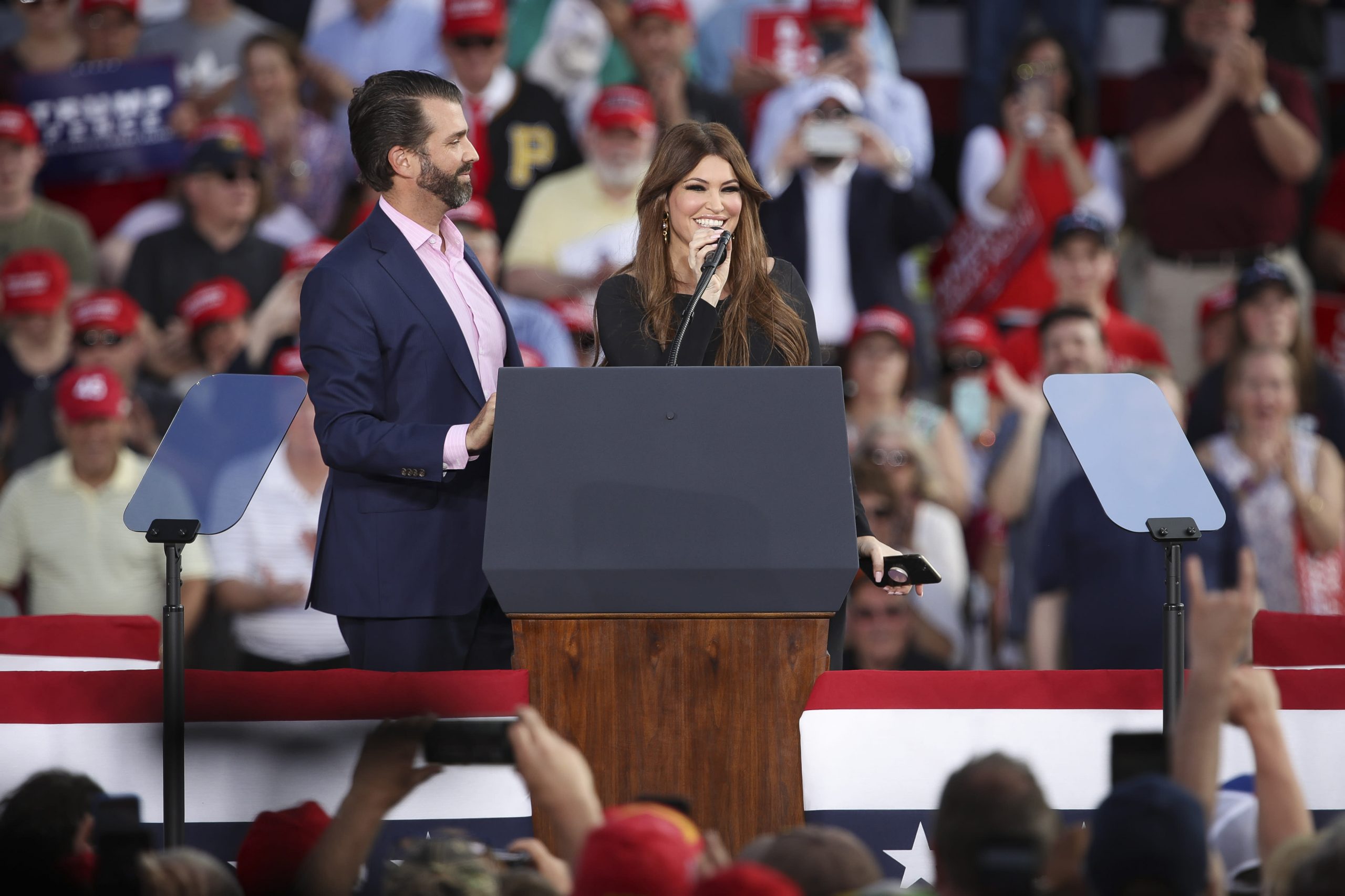 Kimberly Guilfoyle, a senior Trump campaign official and Donald Trump Jr.’s girlfriend, tested positive for coronavirus while in South Dakota on Friday, according to a person familiar with the situation.

Neither Trump Jr. nor Guilfoyle traveled with the president on Air Force One as the president went to Mount Rushmore for a July 4th weekend celebration, the person said.

They both planned to attend but never made it to the site. Requests for comment from Guilfoyle and Trump Jr. were not immediately returned Friday night.

Guilfoyle is expected to drive back to the East Coast to avoid interactions with other people, two people familiar with the matter said.

The White House says Trump is tested for the coronavirus daily.

The development occurred on a day in which there were more than 53,000 new cases of COVID-19 reported across the United States, according to NBC News counts.

Guilfoyle, who is Trump Victory Finance Committee chair, spoke at Trump’s June 20 rally in Tulsa, Oklahoma, and in the introductory program ahead of Trump’s remarks in Phoenix, Arizona, on June 23.

But it is unknown when or where she was exposed to the coronavirus that causes the disease COVID-19.

While the site of exposure is not known, since the Tulsa rally multiple people who attended have tested positive for the virus, including a journalist and at least two members of the campaign’s advance team.

In addition, six campaign staffers tested positive hours before the rally but were not present at the event.

On Thursday it was announced that former presidential candidate Herman Cain, who attended the Tulsa rally tested positive for Covid-19.

He received the positive result on Monday, and on Wednesday he developed symptoms serious enough that he required hospitalization, a statement posted to his Twitter account said.

Cain, 74, did not need a respirator and was awake and alert at an Atlanta area hospital, the statement said.

It is not known when Cain was exposed to or contracted the illness.

Trump’s campaign said in a statement Thursday that Trump did not meet with Cain at the Tulsa rally.

There have been more than 2.7 million cases of COVID-19 in the United States, with more than 130,000 deaths linked to the disease, according to NBC News’ count.

Cases have been rising in a number of states, and 19 states have either rolled back or paused reopening plans due to the illness.