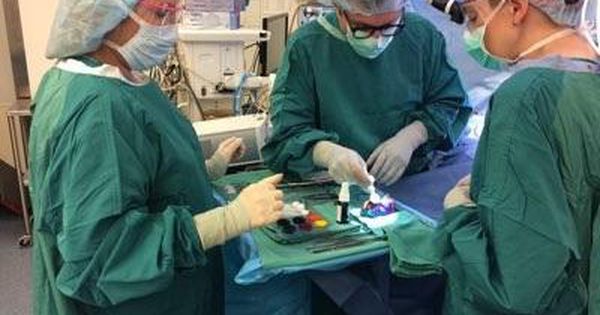 A recent publication in the Annals of Surgery and a study just presented at this year’s Academic Surgical Congress focused on the B.S. that’s been going on in the surgical profession. In this case, the B.S. is bullying and sexual harassment. It’s also B.S. that may affect you.

Why? Think about the characteristics that you want in a surgeon, the person in whose hands you are entrusting your health and potentially life. Capable, considerate, and conscientious come to mind. You also probably want someone who is bright, kind, caring, and morally upright. How about a person who bullies and harasses others? Probably not.

But take a look at the study presented by Apoorve Nayyar MBBS, a Post-Doctoral Research Fellow at the University of North Carolina, Chapel Hill, on February 7 at the Academic Surgical Congress in Orlando, Florida. For the study, a team from the University of North Carolina (Nayyar, Paula D. Strassle, MSPH, Sara S. Scarlet, MD, David W. Ollila, MD, and Kristalyn K. Gallagher, DO, FACOS, FACS), Thomas Jefferson University (Heather Logghe, MD), the University of Utah (Thomas Varghese Jr., MD, FACS), the University of Iowa (Lillian M. Erdahl, MD, FACS) and Virginia Commonwealth University (Kandace P. McGuire, MD, FACS) put together an electronic survey that could be completed anonymously via a web-based platform. From April to July 2018, the team then sent this survey to email/distribution lists from the American College of Surgeons (ACS) and the Association of Women Surgeons (AWS), as well as through various common social media platforms.

A total of 1,005 individuals completed the survey. Of these 744 (74%) categorized themselves as women, meaning that 18% of the women surgeons contacted had responded compared to 1% of the male surgeons. Of the respondents, 51% worked at an academic institution, 13% at community medical centers, 15% in private practice, and 19% in other settings.

These results are alarming but frankly not surprising given what the recent #MeToo movement has unearthed across many different professions such as the entertainment industry. Over half (58%) of the women surgeons had experienced sexual harassment just in the previous year alone. Not in the distant past. Not way back when. Not during the entirety of their careers. But simply in the 12-month time period immediately before they had completed the survey.

Of course, harassment can come in many different forms, ranging from the subtle to the really obvious. Survey responses indicated that the most common type (in 53% of cases) was “verbal or physical conduct (e.g. body language).” But “unwanted sexual advances or physical contact” had occurred in 23% of the cases and “comments about sexual orientation” had occurred in 10%. Keep in mind that dealing with subtle harassment can, in some ways, be more challenging than blatant harassment. The latter can be easier to call out and pinpoint. Either way, you have to wonder about someone who tries to harass others in any way. Of note, women weren’t the only victims of this kind of behavior as 61 or 25% of the men responding also reported experiencing sexual harassment.

The survey results also showed that most (84%) of the harassment incidents experienced by women went essentially unreported. This is not surprising since harassment is often about power dynamics, where the harasser has some type of authority over the harassed. The harasser may even have power over available institutional channels that are supposed to address complaints. As a result, the so-called available channels may exist but may not always take such complaints seriously, especially if the person complaining is viewed as someone powerless, like a resident, a woman, or a racial/ethnic minority.

As the lead author of the study, Dr. Nayyar, explained, “we found trainees (residents/fellows) were more than twice as likely to experience sexual harassment (even after adjusting for gender) reflecting some role of the power differential and the hierarchical nature of training.” Thus, someone being harassed can feel like she or he has no voice, no leverage, no recourse. Indeed, the most frequently offered reasons for not reporting to an institutional authority were:

What a terrible picture: surgeons not focusing on helping others but instead harassing and hurting others, causing others to live in fear. Moreover, as research led by Rebecca Thurston, PhD, Director of the Women’s Behavioral Health Laboratory and Professor of Psychiatry, Psychology, and Epidemiology at the University of Pittsburgh has shown, harassment can have long-term negative affects on health. Thus, you have surgeons forcing others to suffer in silence with who-knows-what long term consequences to their well-being. Doesn’t the Hippocratic Oath say “First do no harm”? Wouldn’t harassing others be more hypocritical than Hippocratic?

All of this could affect you as a patient too. When it comes to medicine and surgery, #MeToo can be #YouToo. Do you really want someone who harasses others to care for you? Do such harassers really have the right personality, constitution, and capabilities to be good doctors? Will they be a distraction and disruption to others who are more focused on your care, your well-being? As Heather Logghe, MD, a co-author of the study and a surgical research fellow at Thomas Jefferson University, elaborated:

Beyond the physical and psychological toll of harassment on victims, the prevalence is concerning in light of patient safety. Victims of harassment naturally limit their interactions with persons who harass them. When this inhibits communication on patient care, patient safety is compromised. Sexual harassment in the operating room is distracting and unsafe. Harassment outside of the operating room can limit surgeon’s faculty for clinical decision-making. Optimal patient care requires surgeons feel safe and free of harassment in their work environment.

Do you really want someone perpetrating such antics while you are asleep on the operating table? Is someone who harasses others really going to do what’s best for you? Can you really trust a surgeon who will treat other surgeons unfairly and badly? These are all very important quality of health care questions.

The other problem is that harassment may discourage women and others from becoming surgeons, meaning that you won’t really have the best of the best taking care of you. Dr. Logghe started the #ILookLikeASurgeon hashtag to emphasize what should be patently obvious: that the image of a surgeon shouldn’t just be that of a White man. Top surgeons can be of any gender, any race, any ethnicity.

Unfortunately, though, as Dr. Logghe explained, “many times harassment has prompted women to change their residency application from surgery to another field. We will not reach gender parity in surgery until all genders are safe to practice free of harassment from colleagues and patients.” In any field, without equal opportunity, you simply are not getting the best people for the job. And why wouldn’t you want the most talented and capable surgeons taking care of you?

As the study results showed, women are not the only victims of harassment. And sexual harassment is not the only type of harassment that can occur. Someone who exploits power dynamics over women can do so over others as well. This includes taking advantage of anyone who seems weaker because of his or her race, ethnicity, socioeconomic background, lifestyles, etc. Sexism, racism, and other -ism’s tend to travel in packs, together in the same people and the same crowds.

Surgery is particularly susceptible to bullying for several reasons. First, we value hierarchy immensely; other specialties are afraid of us and we are afraid of our leaders. Second, we practice an unspoken code of silence; often loathe to speak up against a colleague for fear of retaliation. Third, we work in high stakes and stressful environments. Whether we are in the operating room, trauma bay, or even at morbidity and mortality conference, people bully while hiding behind the veil of patient care. Lastly, trainees and junior faculty observe and emulate bullying behavior, especially if the bully is perceived as influential and successful.

They also described why it can be so difficult to fight back against a bully:

For those brave enough to report bullying behavior to departmental or medical school leadership, several obstacles impair the eradication of surgical workplace bullying. First, the bully is often an established, recognized figure in their specialty who has amassed significant power and who may bring significant clinical income to the institution. Next, there are no state or federal statutes against bullying at the workplace and few institutions have direct policies against bullying, although most have concrete antiharassment and antidiscrimination mandates for protected classes. Lastly, as 1 key component of effective bullying involves strategic isolation of the victim, the victim is often powerless to seek institutional resolution.

Of course, keep in mind that not all surgeons are bullies. Certainly, not all are harassers. There are many, many outstanding and upstanding surgeons out there. It is unclear what percentage of surgeons are actually perpetrating and perpetuating such bad behavior. However, the study presented by Dr. Nayyar and the publication authored by Drs. Pei and Cochran suggest that there are enough bad apples baked into the pie that is the surgical profession to then potential directly and indirectly affect the care of patients. This is B.S., and this is a problem.