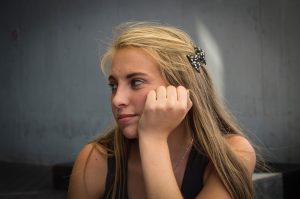 What does “procrastinating better” look like?
Hint: Sometimes it looks like laziness, then you take action and turn it around.

Any task that seems too hard, Louisa doesn’t do. Push her and she’ll just yell at you, “get off my back.” Hence, all kinds of tasks, from cleaning out a closet to revising her resume remain undone.

Push her and she’ll agree with you. “Yup; it’s going to take up so much of my time, so I better get started soon.” Ann is in graduate school, hoping to get her Master’s in Education at the same time that she is raising 3 kids, with minimal help from her husband and other family members

What’s the difference between Louisa’s procrastination and Ann’s?

Louisa’s is set in stone; Ann’s is for the moment.

In the many years I’ve been a psychologist, I’ve seen people who are serious procrastinators, abandoning every dream they ever had. Not surprisingly, they are disappointed in themselves and jealous of others.

I’ve also seen people who initially procrastinate, but who have learned to push beyond that point, figuring out what needs to be done to accomplish the task and when they can set the time to do it.

If you tend to be more like Louisa than Ann, it’s time for you to view tackling a tough task as an opportunity for growth. Yes, there are moments when you will resist. But if you stick with the process — even when you feel like giving up — you will build belief in yourself that you can endure and accomplish. Yay for you!

So to begin, think of a task you have been putting off or a chore you lack the motivation to complete. Then, instead of telling yourself what a failure you are or how burdensome your responsibilities are, complain for a bit (you’re allowed, life can be frustrating), take a deep breath to calm your body, then figure out how to do what you need to do to feel empowered and effective.

Here’s an exercise to clarify this point:

Complete the following sentence with something pertinent to your life:

Now, say the same sentence but add an additional phrase.

How did adding the additional phrase change things for you?

Most people respond that it helped them feel less overwhelmed. It gave them hope. Their predicament no longer seemed insurmountable. They could DO something about it. They could feel less blocked; they could end their procrastination; they could move toward a solution.

The additional phrase doesn’t always come quickly, but give it thought and it will come. And when it does, you’ll recognize that there’s always some option that will let you breathe easier, feel better and move toward completing your task.

Make it a habit to end your sentences on an upbeat note. Then notice how your problems suddenly seem just a bit less earth shattering.