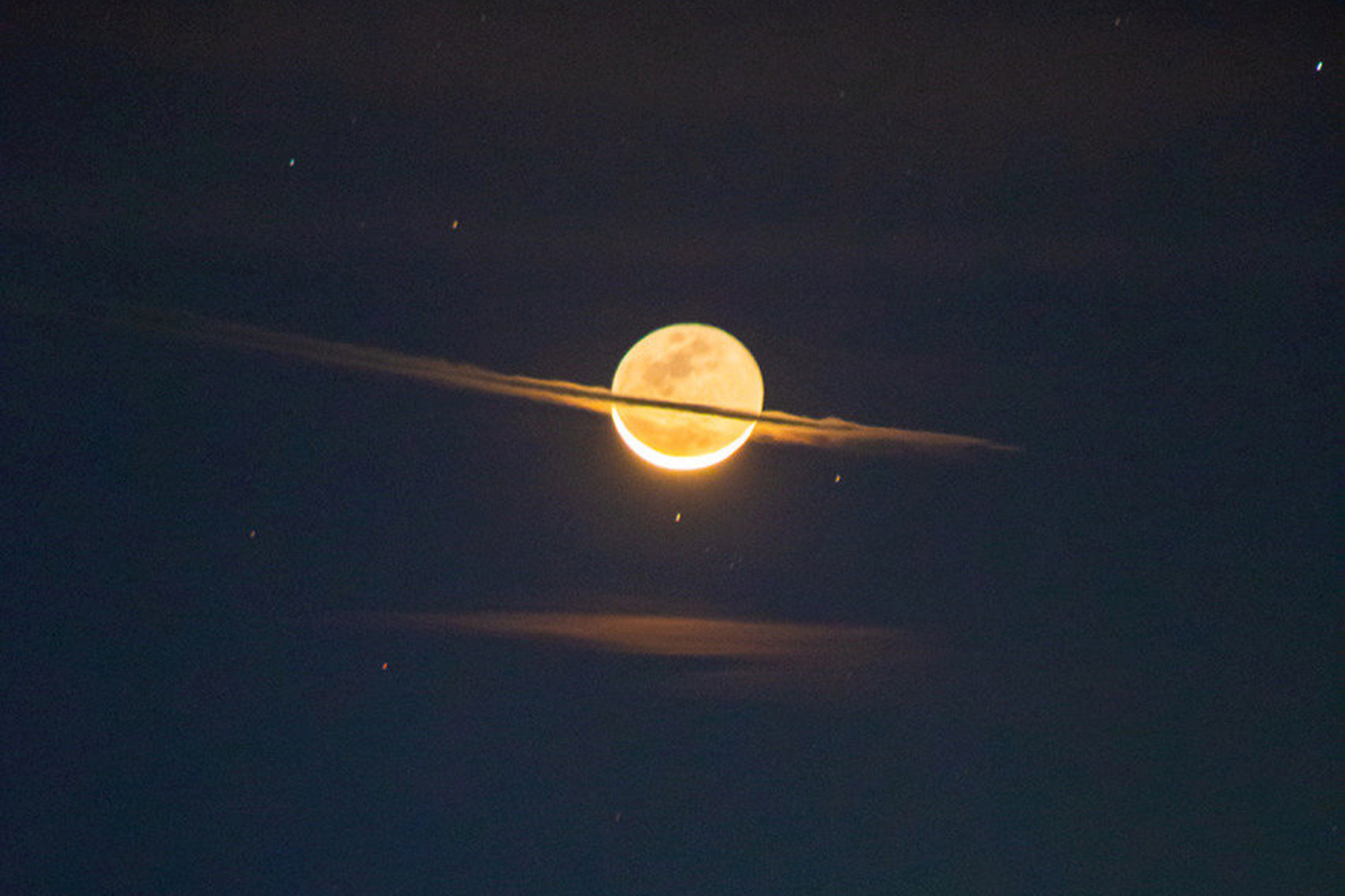 An incredible image of the moon looking like Saturn has been captured by a lucky photographer in Guatemala.

From the perspective of the Acatenango volcano base camp rings of clouds disguised our closest neighbor as the famous ringed planet.

The majestic shot was captured by photographer Francisco Sojue.

He hiked for six hours to get above the Acatenango base camp to get the perfect view.

The snap was taken just before sunrise.

It shows the moon with clouds perfectly positioned in the form of rings.

NASA shared the image on its Astronomy Picture of the Day website.

It wrote: “Why does Saturn appear so big? It doesn’t — what is pictured are foreground clouds on Earth-crossing in front of the moon.”

“The moon shows a slight crescent phase with most of its surface visible by reflected Earthlight known as ashen glow.”

“The sun directly illuminates the brightly lit lunar crescent from the bottom, which means that the sun must be below the horizon and so the image was taken before sunrise.”

Famous astronomer Galileo first observed the rings with his telescope in 1610.