Ever heard someone having a Gallbladder Attack and wondered what is it? Keep reading the article to understand more. 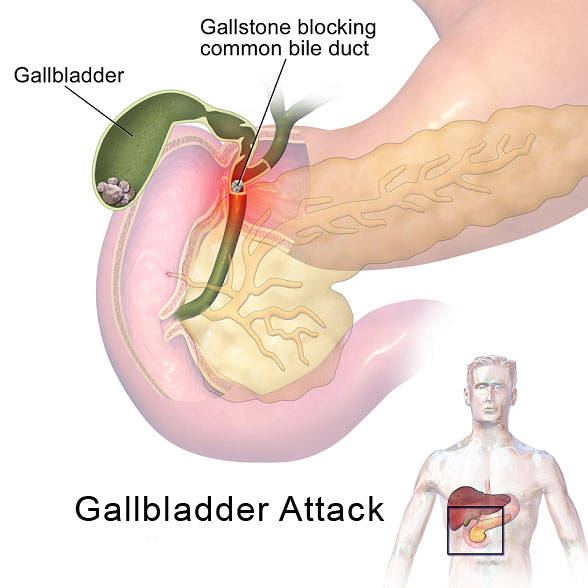 Also known as gallstone attack, cholecystitis, or biliary colic, it is a condition when bile cannot move out of the gallbladder due to various reasons. This causes inflammation and irritation in the gallbladder, which gives rise to an attack of sporadic pain in the right side of the stomach.

What causes a Gallbladder Attack?

Gallstones– Most commonly it happens due to blocking of the bile ducts from ‘gallstones’. Gallstones are hard, stone-like materials made of cholesterol present in the bile. They usually vary in size from 5mm to as large as more than 2cm. This condition is also referred to as cholecystitis, it can be chronic- due to long-lasting inflammation and damage to the gallbladder and acute- sudden “attack” that causes irritation and swelling.

Acalculus cholecystitis- As the name suggests, this is an inflammatory disease of gallbladder without the presence of gallstones. This is usually a result of a surgery or long term starvation.

Ascending cholengitis- Here, the bile duct gets inflamed because of the bacteria ascending from the small intestine.

While these are the main signs of a gallbladder attack, some of the uncommon symptoms are-

What triggers a Gallbladder Attack?

Heavy meal: When you eat a heavy meal, especially fatty food, your gallbladder contracts to release bile to the small intestine. Because the bile ducts are blocked and stop the flow of bile fluid, it creates pressure in the gallbladder and results in an attack.

How long does a Gallbladder Attack Last?

An acute attack usually lasts from 15 min to more than six hours. A chronic attack is defined by the recurrence of pain repeatedly.

How to stop a Gallbladder Attack while it’s Happening?

How to prevent a Gallbladder Attack?

Prevention is always better than cure. Is there any way to prevent this attack from occurring? Definitely! Like every other disease, lifestyle is the key.

Weight: Maintain a healthy weight as obesity increases the risks of gallstone formation.

Exercise: As mentioned, cholesterol in bile forms gallstones, and a sedentary lifestyle increases cholesterol in the body. So, make exercise, a part of your daily routine.

Diet: Make sure to eat nutritious food rich in fiber, include vegetables and fruits in your daily meals. A study shows psyllium husks to be good for gallbladder health. And avoiding fatty, oily, junk food items and processed carbohydrates is a must!

Most of the time, gallstones are known to go away naturally. But, if the symptoms persist, it’s important to seek medical help. Although some studies suggest natural remedies like yoga, milk thistle, artichoke, etc for treating the disease, there is no proven research on home remedies for a gallbladder attack.

Read More:  How to Beat Dry Skin All Year Long 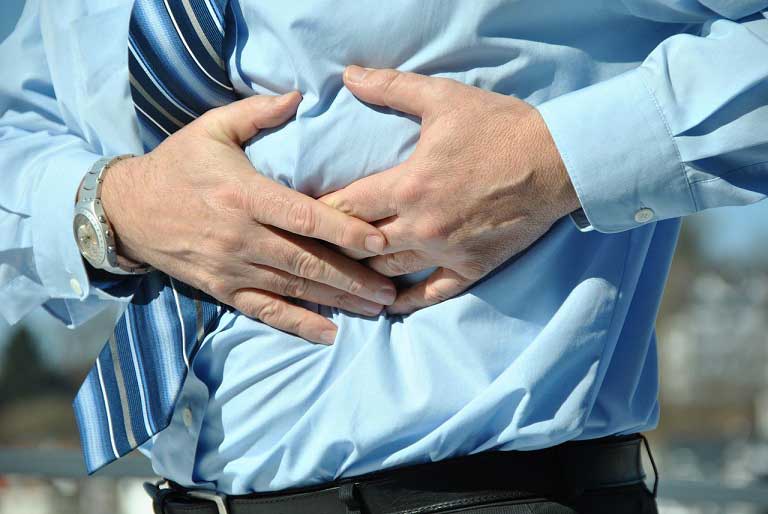 The most common method to diagnose the problem is an ultrasound scanning of the abdominal area. Other methods are abdominal X-ray, CT scan, and liver function blood test.

Medication: Sometimes for an acute attack, ibuprofen is given to ease the pain. The most commonly used drug is ‘ursodiol’ (also called ursodeoxycholic acid). This is an oral drug, which helps to dissolve the gallstones. However, it has to be consumed for an extended period to observe its effects.

Surgery: The usual method to treat a gallbladder attack is to remove the gallbladder by a surgery called cholecystectomy. Though gallbladder is an important organ in our body, a person can lead a normal life without it. Cholecystectomy can either be an open surgery or a keyhole surgery.

Some other surgeries are performed to remove the gallstones and the extra bile. Endoscopic retrograde cholangiopancreatography (ERCP) is a method where an endoscope attached to a small camera is inserted into the stomach through the mouth, and remove the gallstones. Percutaneous cholecystostomy tube is also a gallbladder drainage method which is done through a tiny cut in the stomach.

The gallbladder has an important role in digesting food. By maintaining a healthy diet and active lifestyle, the chances of a gallbladder attack can be reduced. However, the risk factors are high for females, people aged above 40, and with a family history of a gallbladder problem. If you are experiencing the symptoms, do contact your physician instead of self-medicating.