But then that stressful week happens. Your boss asks you to stay late. Your car breaks down, and your kids need you to drive them to extra practices. Your dog gets hurt and has to go to the vet. Your best friend needs you for her wedding. You rush from one thing to the next hardly able to keep it all straight.

And all of a sudden, one morning, that frosted donut sitting there on the table at the office is just far too attractive to resist. You cave. How can a donut taste so good?

It starts an avalanche of cravings. Your usual healthy lunch becomes a burger and fries. Your veggie-loaded dinner gets tossed for a nice juicy steak. When you stay up late to get everything done, your brain screams at you for fuel, and the only thing that will do is a nice big bowl of ice cream.

Been there? We all have. Unfortunately, when things settle down and we realize what’s happened, we feel awful. We lost control, we think. We weren’t strong enough to stick with our own resolutions. Guilt, guilt, guilt.

It’s time to ease up on yourself. Whereas we used to think sticking to a healthy diet was all about self-control, now we know better. Science has discovered that evolution has stacked the cards against us. Turns out our food cravings are tied to things that can be difficult to control, like how much sleep we get, what our genetic makeup is, what hormonal changes we’re going through, and yes, what our gender is.

Best of all, with what we now know, we have even more effective ways to help you resist those cravings so you never have to feel guilty again.

What is a Craving?

You’ve likely experienced it before—that powerful desire for a particular type of food. It’s different from a regular feeling of hunger. When you’re hungry, a number of foods will satisfy you. But a food craving is often for something salty, sweet, or smooth—something that will satisfy a strong need you have at that moment.

Cravings can strike at any time, but usually occur when something else is going wrong in your life. You’re tired, stressed, bored, or you haven’t been eating right lately and your body needs energy.

Cravings can strike at any time, but usually occur when something else is going wrong in your life. You’re tired, stressed, bored, or you haven’t been eating right lately and your body needs energy. We used to think that cravings meant you were low on a certain nutrient or group of nutrients, but science has found more evidence that cravings are associated with other causes.

Here’s what we know so far: 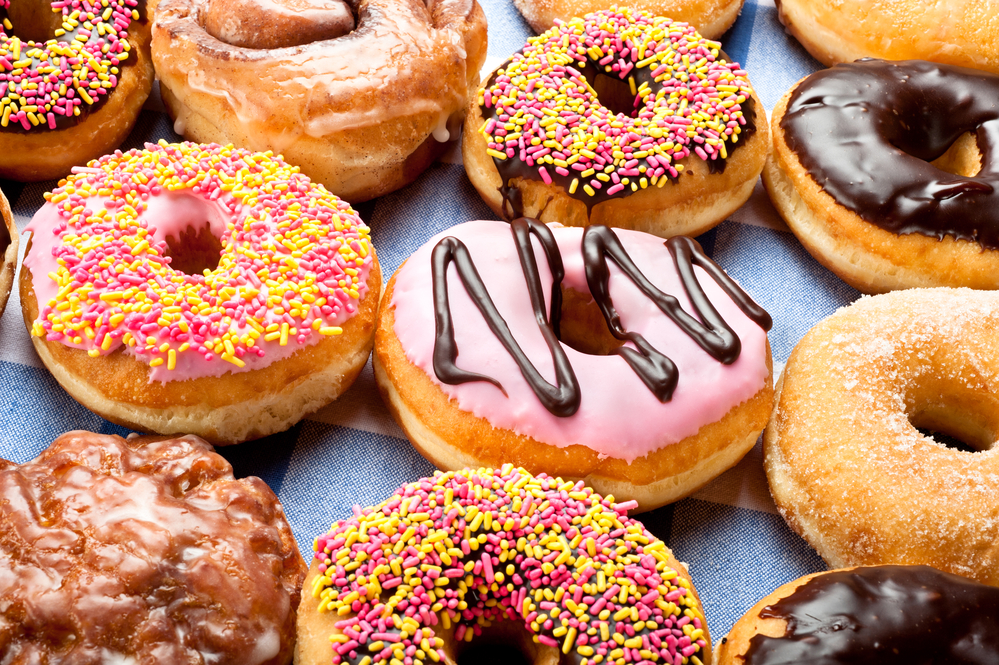 Where is a Woman Most Vulnerable?

Now in addition to those factors listed above, women are susceptible to other things that can create powerful cravings. They include:

Read More:  Take the Quiz: How Much Do You Know About Coaching Postpartum Women?

Studies have also found that men and women have different food cravings. Whereas men may get that hankering for a steak, women are more likely to want chocolate or some other easy snack. This may have something to do with hormones, but according to a survey by the Food and Brand Lab at UL Urbana-Champaign, it may also have to do with our upbringing.

Whereas men long for that home-cooked meal their mothers made when they were young, women like less labor-intensive options not associated with food preparation. In other words, we don’t want to have to work for our reward, right?oHor

12 Ways to Outsmart Your Food Cravings

All these factors can make cravings very difficult to resist—for anyone.

Nicole Avena, a faculty member at the New York Obesity Research Center at Columbia University, says that people can have all willpower in the world, but “if the brain reward system is being activated in a way that causes them to have a battle against their willpower, then it can be very difficult for them to control their intake.”

You don’t have to feel powerless in the wake of your cravings, though. Here are twelve tips that can help you increase your ability to eat healthy more often. The good news is the better you get at resisting your cravings, the easier it will become.