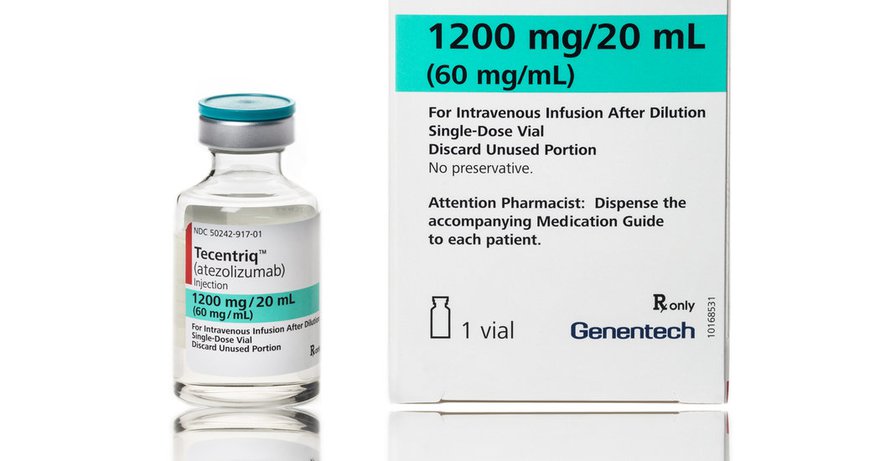 Roche has been hoping its Tecentriq could put up the kind of life-lengthening numbers in squamous non-small cell lung cancer (NSCLC) that could help it compete with Merck’s Keytruda—but no dice.

The Swiss drugmaker Tuesday unveiled results showing that its Tecentriq-chemo combo failed to outdo solo chemo at extending the lives of previously untreated patients. Those receiving the Tecentriq pairing lived a median 14.2 months, which wasn’t enough to significantly top the 13.5 months chemo posted.

The news didn’t shock analysts at SVB Leerink, who had “low expectations for the study as regimen had failed to demonstrate OS benefit at interim,” they wrote in a note to clients. At last year’s American Society of Clinical Oncology annual meeting, the pharma giant showed that the Tecentriq duo cut the risk of worsening disease or death by 29% compared with chemo alone, but it didn’t have mature enough data to show an overall survival benefit.

Still, Roche held out hope. “You can clearly see the start of that separation” in survival when the stats are charted, Dan Chen, then vice president and global head of cancer immunotherapy development for Roche’s Genentech unit, said at the time, and he pointed to the positive evidence Tecentriq had already drummed up across different lung cancer histologies.

Read More:  ‘What price life?’ At a cost of hundreds of thousands a dose, novel cancer-killing drug sparks debate

Merck, though, put up its own overall survival win that same weekend, showing a Keytruda-chemo combo could pare down the risk of death by 36%. And with Tecentriq’s most recent performance, the New Jersey drugmaker’s star “remains unchallenged” in the setting, SVB Leerink’s Daina Graybosch wrote.

Graybosch did acknowledge that Keytruda and other immunotherapies may have actually hurt Roche’s chances at coming away with a victory. “Use of follow-on treatments possibly contributed to study failure,” she noted, adding that 43% of patients in the control arm went on to receive immunotherapy.

“This is a challenge for all trials conducted in 1L NSCLC today, and highlights the difficulty for new therapies to show the same magnitude of benefit that Keytruda demonstrated as the leader,” she wrote.

The squamous market isn’t the only one where Tecentriq is currently playing second fiddle to Keytruda. It arrived late on the non-squamous scene, behind FDA go-aheads for Keytruda both as a monotherapy and in tandem with chemo.

But Roche seems to have picked its spots for differentiation. Its strategy “looks to be focusing on special populations, namely those with liver metastases and driver mutations,” Graybosch noted. In those areas, Roche can make a case for using its FDA-approved combo that includes Avastin, an anti-VEGF therapy; the company saw a survival benefit in both of those groups in trials.

“We expect RHHBY medical affairs will continue to use these findings to distinguish their regimen in 1L non-sq. NSCLC from Keytruda+chemo, which did not show a specific benefit in liver met subset and did not enroll driver-mutation patients in Keynote-189,” she said.