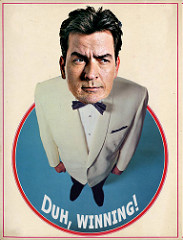 It’s really hard to find a person who hadn’t any sleep disorders at least once in their lifetime these days. Some people are suffering from sleep disorders and don’t even suspect having any sleep problems at all. Sleep disorders are just anything that goes wrong during your sleep and affects a health sleep pattern. If left untreated, sleep disorders can strongly affect your well being and cause other health problems, both psychological and physiological. So before you actually start doing something about it, you should learn about the most common types of sleep disorders. Here’s a short overview of these types and a brief description of each type: Insomnia – This is definitely the most common type of sleep disorders that all people have gone through ad different points in their lives. Insomnia is characterized by the inability to fall or stay asleep during the normal sleeping hours. It affects millions of people over the world and is often a chronic problem. Narcolepsy – Also known as excessive sleep, this disorder is characterized by involuntary falling asleep during the day for brief periods of time. Nightmares- Though, many people claim that nightmares are nothing to be worried about, they can deliver a lot of discomfort, especially when experienced on a regular basis. Nightmares are characterized by abrupt wake ups with the feeling of dread and terror as an after effect of bad dreams. Specialists often link this sleep disorder with sleepwalking. Bruxism – Quite an unpleasant disorder for the partner trying to get some sleep with a person who suffers from it. Bruxism is described by involuntarily teeth grinding during sleep. Jet lag – Is well known to people who have travel a lot by plane at great distances. It’s the inability to get into the right sleeping patter after switching time zones too fast (when using planes). Restless legs syndrome – The name says it all. This disorder is described by the uncontrollable movement of legs (and sometimes hands too) during sleep, which can be quite disturbing for the partner sharing the same bed with a person suffering from it. Rapid eye movement behavior disorder – This is quite a rare sleeping disorder, however case frequency has been on the rise lately. It is described by odd, dramatic and sometimes violent behavior during the deepest sleep phase known as REM (rapid eyes movement). In some cases the persons suffering from this disorder were even sexually aggressive with partners sharing the same bed with them, without any memories of such behavior in the morning. Sleep apnea – Also known as heavy snoring, this disorder is caused by the blockage of airways during sleep, which leads to short term suffocation. It is quite dangerous because it may produce a stroke if untreated. Sleepwalking – Also referred to as lunatism, this sleep problem is described by the performance of simple everyday activities such as walking, eating, dressing and even communicating while the person is asleep. Patients usually don’t remember these activities when they wake up. There are effective treatments for all types of sleep disorders. As much as insomnia can be treated with Ambien, other sleep disorders have their medications too. Consult with your doctor regarding the right treatment plan and don’t try to treat yourself. It may be not bright to treat sleepwalking with Ambien or other drugs prescribed for other sleep disorders.

See what John Scott has written on other topics by visiting http://www.webremedium.com/articles/ambien-and-types-of-sleep-problems.html, the site where he has frequent contributions and open discussions. John Scott has a vast experience in the domain and will give you a better idea of it.