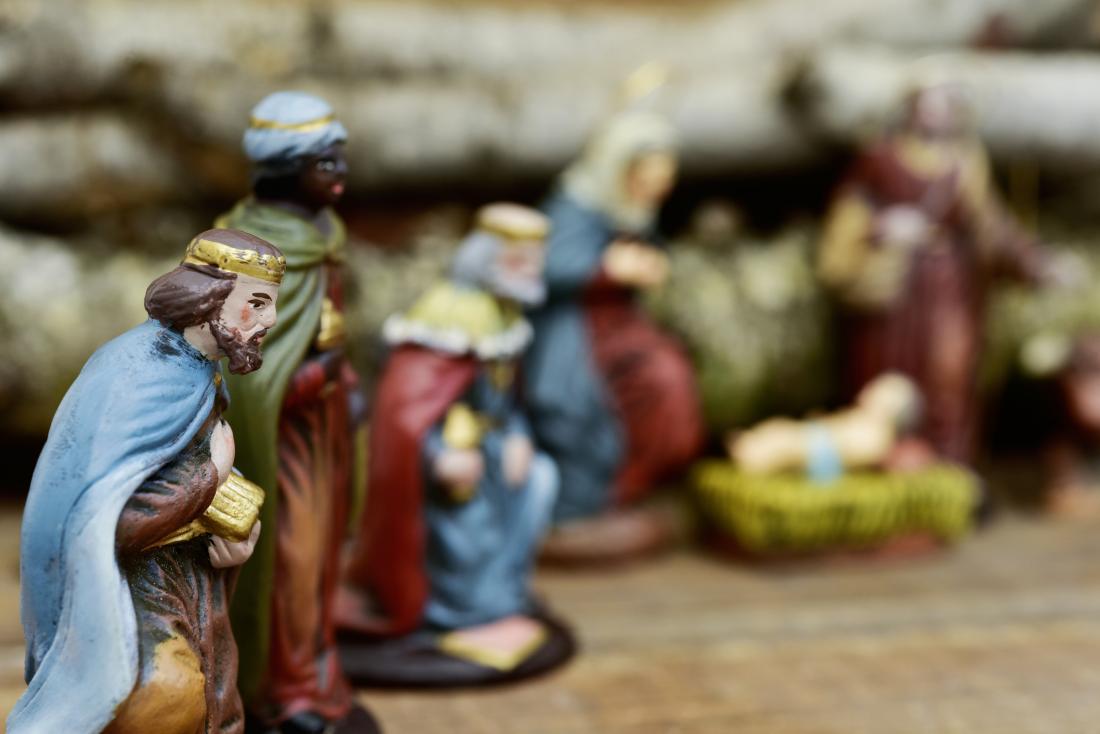 We will never know whether the three wise men knew how healthful their gifts were.

There are many opportunities to write about medical dangers.

For instance, we could write about the physical impact of overeating or overdrinking.

We could cover the increased risk of poisoning the dog with chocolate or the spike in heart attacks during the festive period.

This Spotlight, however, is a little less somber. The title was begging to be written and, thankfully, there is much to say about gold, frankincense, and myrrh’s contribution to medical science.

First, a brief introduction to our triumvirate of seasonal compounds. Gold, unarguably the most famous of the three, is a dense, soft, transition metal. Frankincense and myrrh are both aromatic resins extracted from trees.

In brief, I will outline some of the potential health benefits that these three compounds might offer. Although the evidence is sketchy in places, each compound’s tale is interesting in its own right.

One of the first things that spring to mind when considering gold is its high price. Its monetary worth means that any health claims about gold should be approached with caution — it would be of great financial benefit to any company that could convince us that gold might save our lives. 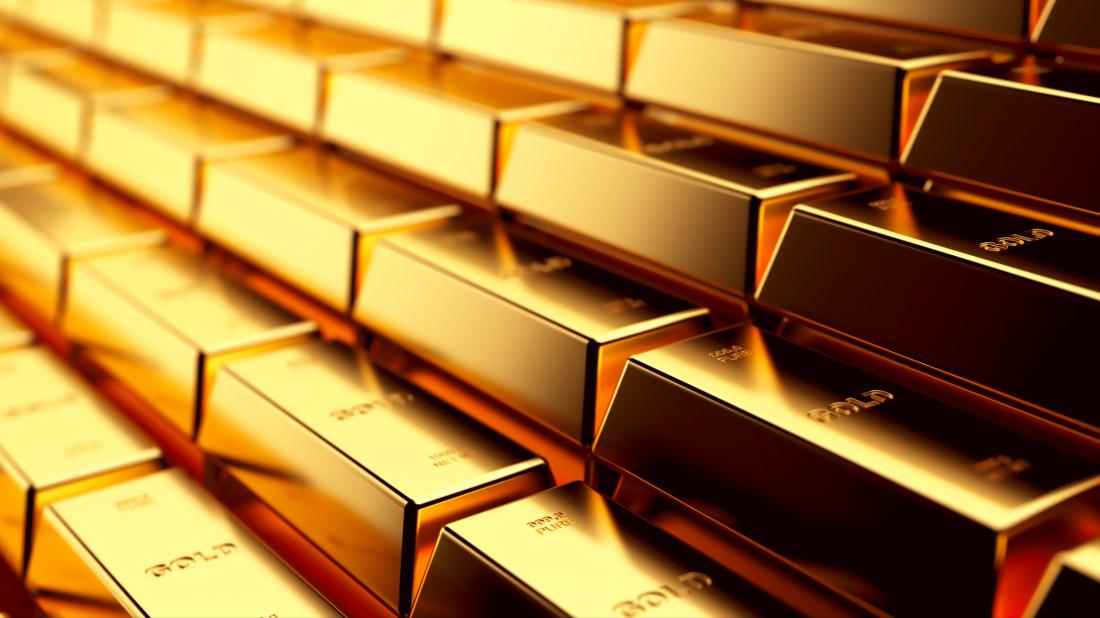 There’s more to gold than its high price.

Because of its high status, gold has been used as a medicine for thousands of years.

The earliest documented use occurred in China around 2,500 years before it was presented to the baby Jesus.

In medieval times, and still today, certain outlets promoted the consumption of gold to alleviate depressive symptoms and migraines, while improving concentration and alertness.

In the 19th century, gold was considered nervine — an agent that calms the nerves — and it was used to treat diverse conditions ranging from alcoholism to epilepsy.

Many of the claims made about gold are baseless, but not all.

Ingesting gold in its standard elemental form has no effect: It is inert and impervious to the body’s digestive juices — in other words, it passes straight through and out the other side.

Some gold salts, though, can be processed by the body and have anti-inflammatory properties. Some arthritis drugs include gold salts, such as sodium aurothiomalate and auranofin.

The isotope gold-198 is used in the treatment of some cancers. Gold is excellent at absorbing X-rays, and loading tumors with gold can increase radiation therapy’s efficiency. This means that less powerful treatment is needed, minimizing damage to healthy tissue.

One study used an intriguing approach; the researchers combined a green tea compound with radioactive gold nanoparticles and used them to attack prostate cancer.

The tea compound, called epigallocatechin-gallate, is easily absorbed into tumors, and when radioactive gold is attached to the compound, it gets a free ride to the heart of the tumor, where it can destroy the cells without damaging other tissues.

According to the authors, their technique “may provide significant advances in oncology for use as an effective treatment for prostate and other solid tumors.”

Frankincense is produced from trees of the genus Boswellia. It has an impressive pedigree and has been traded on the Arabian Peninsula for around 6,000 years.

The aromatic resin is used in incense and perfumes; it produces a sweet, earthy, and woody aroma.

Today, with a popular focus on well-being and alternative therapies, essential oils and aromatherapy have given frankincense a rebirth in the West.

Modern peddlers assign it a fair few health claims, including the reduction of acne, anxiety, colds, ulcers, coughs, and even indigestion.

Although these claims lack evidence, not all of frankincense’s health benefits can be pooh-poohed out of hand. In 2008, BMJ published a review of seven randomized clinical trials, all of which investigated the benefits of ingesting frankincense.

The author notes that “all the included trials had flaws: The most common limitations were small sample size and incomplete reporting of data.”

However, there were some potential benefits seen in asthma, rheumatoid arthritis, Crohn’s disease, knee osteoarthritis, and collagenous colitis, which is a type of inflammatory bowel disease.

Unfortunately, because there were so few studies to assess, there was little replication — they were nearly all looking at different conditions. 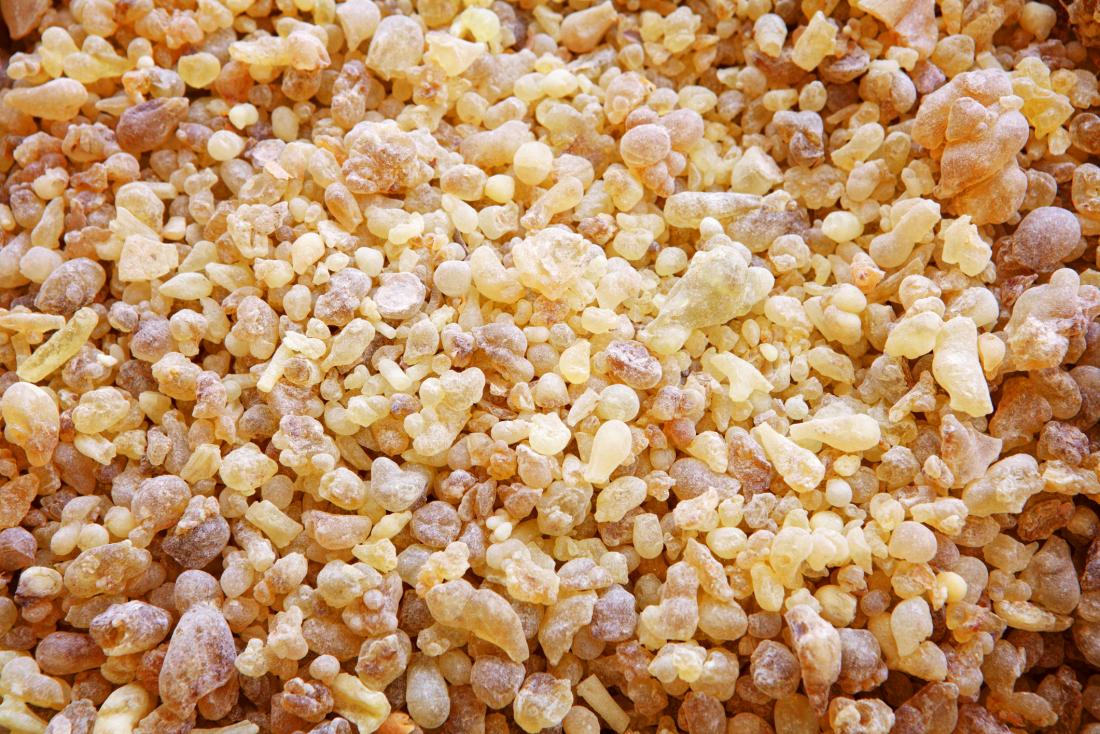 Frankincense is derived from the sap of Boswellia trees.

The only exception was osteoarthritis.

On a more positive note, the adverse effects of frankincense appeared to be minor or nonexistent.

Historically, frankincense has been used as an anti-inflammatory, and all of the conditions that are covered in the studies above involve inflammation.

The main active ingredients of frankincense are alpha- and beta-boswellic acid and some other pentacyclic triterpenic acids. Studies have shown that these compounds reduce inflammation, so there may well be some benefits for certain people with inflammatory conditions.

Still, as the author of the review writes, “The evidence evaluated here may be encouraging, but it is not convincing.”

Frankincense is widely available as a food additive and supplement and, because there is no evidence of drug interactions or serious side effects, it could become the basis of useful treatments in the future.

But as the author of the review dryly notes, “absence of evidence is not the same as evidence of absence.”

The author is also quick to inform the reader that many of the medical and cosmetic claims made by companies who sell these products “are not supported by the available evidence.” The final words of the review say it all:

“In conclusion, it might be tempting to buy ‘instant youth’ in the form of a [frankincense] product for Christmas, but sadly the evidence for this claim is nonexistent.”

Myrrh is also a compound derived from trees. It has been produced from the sap of small, thorny trees belonging to the genus Commiphora for millennia. Myrrh is most commonly used in perfume, incense, and religious ceremonies.

This odorous sap was considered medicinal in many parts of the ancient world. In traditional Chinese medicine, for instance, it was said to have a number of benefits, including purging stagnant blood from the uterus.

As with frankincense, myrrh is thought to be anti-inflammatory. It also appears to be, to some degree, antibacterial. Today, myrrh is used in many mouthwashes, gargles, and toothpastes.

More interestingly, there is some evidence that myrrh might be toxic to cancer cells.

Read More:  Intermittent Fasting Instead of Insulin for Type 2 Diabetes

For instance, a study published in 2013 tested compounds derived from myrrh in the laboratory. The researchers found that the compounds inhibited the proliferation of prostate cancer cells.

Another study looked specifically at sesquiterpenoids extracted from myrrh. 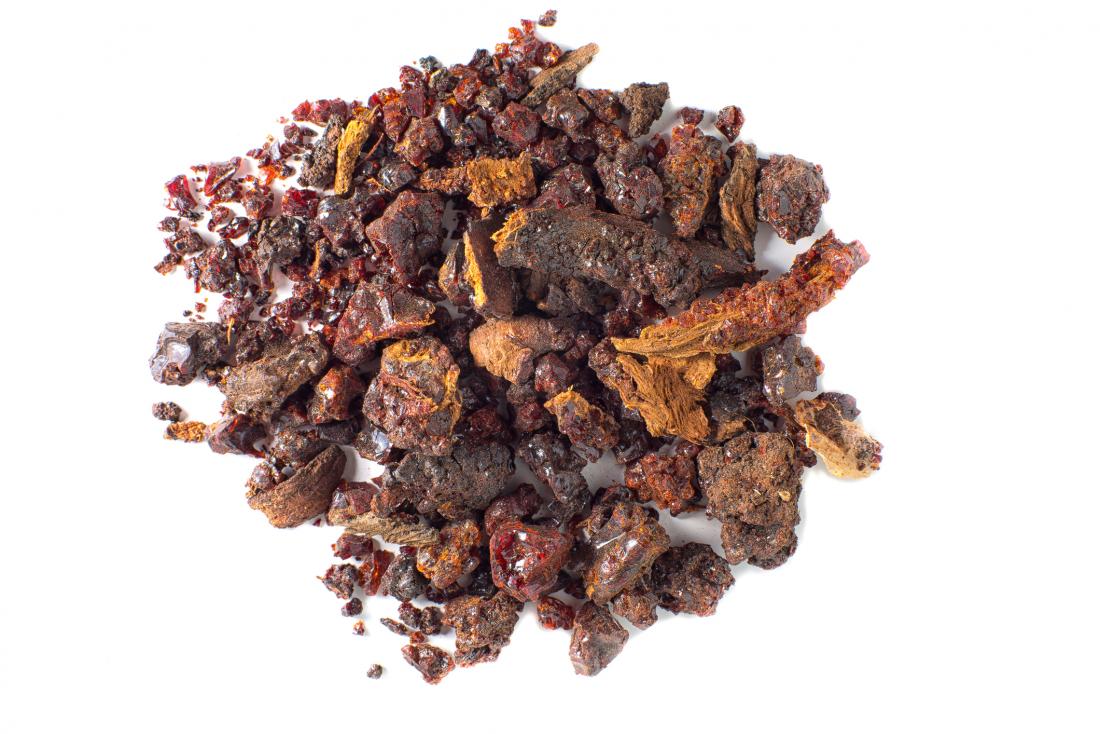 Myrrh resin hardens quickly once it is removed from the tree.

Sesquiterpenoids are compounds widely found in plants and animals. They often function as defensive chemicals or pheromones.

The researchers found that these compounds inhibited androgen receptor signaling — a mechanism that supports the growth and migration of prostate cancer.

The authors conclude that “sesquiterpenoids could be developed as novel therapeutic agents for treating prostate cancer.”

Other scientists believe that myrrh, when added to foods, might help reduce the risk of colon cancer. However, at this stage, not enough is known about myrrh and its effects on the body to recommend this.

Aside from cancer, one study found that a mixture of frankincense and myrrh alleviated neuropathic pain in mice.

Again, although this combination has been prescribed for pain for thousands of years, the evidence is still scant.

Other scientists have investigated myrrh and its potential to speed up wound healing. A study in mice, for instance, found that Commiphora extract promoted the migration of fibroblasts — cells vital to the healing process. The authors write that myrrh “might be effective in wound healing.”

Another study investigated the application of sage and myrrh oil to wounded rabbits. These authors also found that wound healing was “accelerated.”

As it stands, though, the evidence is patchy at best, and more work will be needed before firm conclusions can be reached.

Also, we should mention that myrrh compounds appear to be antioxidants, but, since there is no evidence that antioxidant supplements have any benefits, we won’t spend too much time on it.

If nothing else, I hope that you have learned a smattering of “interesting” facts to fall back on, should the conversation around the Christmas tree dry up. I also hope that this article has enveloped in you a strange, slightly medical Christmassy feeling.

From all of us here at Medical News Today, we hope you stay happy and healthy this holiday season.