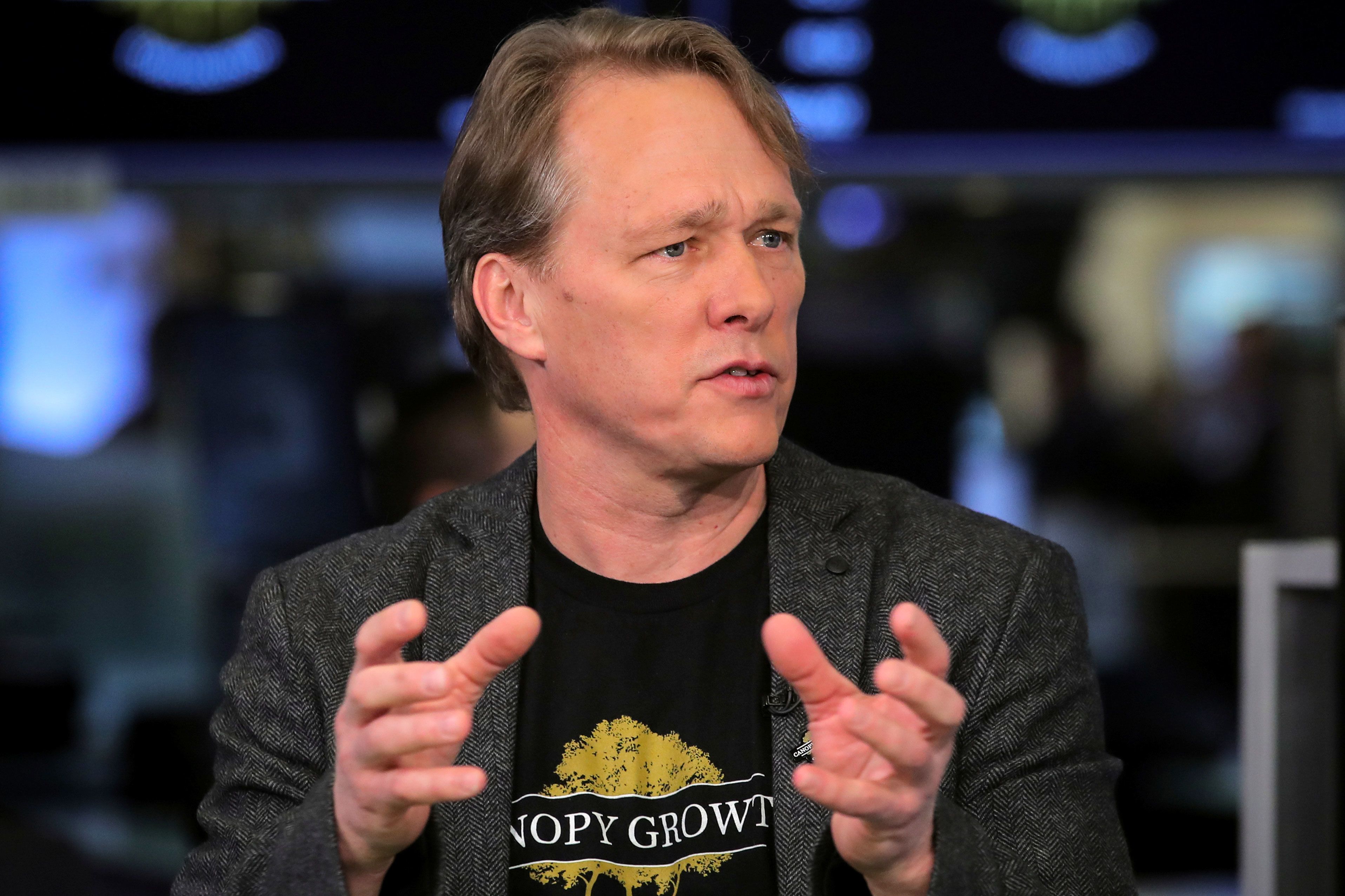 Bruce Linton, co-CEO of Canopy Growth, said he was fired from the Canadian pot company he founded in 2013 in an interview with CNBC on Wednesday.

Canopy, the world’s largest publicly traded cannabis company by market value, earlier Wednesday announced in a press release that Linton was removed as co-chief executive officer and a member of the board, effective immediately. Mark Zekulin, who had been co-CEO with Linton, becomes the sole CEO while the company searches for a replacement.

Linton called into CNBC and said he was fired.

“I think stepping down might not be the right phrase,” he said, referring to the language in the company press release. “I was terminated.”

Linton built Canopy into a cannabis powerhouse, signing partnerships with celebrities such as Snoop Dogg and Martha Stewart while pursuing deals including an investment from spirits giant Constellation Brands and an acquisition of U.S.-based Acreage Holdings. News of his departure shook investors, initially sending shares down about 5%.

Canopy shares recovered their losses, gaining 2.5% on Wednesday, as analysts called the leadership shake-up the right move to help the company mature and eventually become profitable.

“The magnitude of losses for [Canopy] has expanded far more than we had expected, and while we commend Linton for his vision in establishing the world’s leading cannabis company, we believe new leadership will be a welcome change,” Cowen analyst Vivien Azer said in a note to investors.

Constellation Brands invested $ 4 billion in Canopy in November, giving the spirits giant a 38% stake of the company. As part of the deal, Constellation nominated four directors to Canopy’s seven-member board.

“About eight months and two days later, I think the board had decided they wanted a different chair and a different co-CEO,” he said.

Canopy last month reported a wider-than-expected loss in the fourth quarter. The loss took 20 cents per share — or nearly $ 39 million — out of Constellation’s own earnings. Constellation CEO William Newlands told analysts while the company remains happy with its investment and the long-term potential, it was “not pleased” with Canopy’s recent results.

“What we remain excited about is that this is going to be a big long-term business, and we are working with Canopy almost on a daily basis to ensure that we are all focused on the right things,” Newlands said.

Linton said he had a feeling his ouster was in the works when the board of directors called a meeting and Linton, then chairman of the board, was not the one calling the meeting. He said Canopy gave him an exit package, though he did not say what that included.

“I really think at the end of the day, sometimes entrepreneurs are entrepreneurs because they’re not super employable,” he said. “And I would say I probably don’t have a resume because I like creating businesses and driving them. You don’t always mesh well with everyone in the playpen. I think probably what they’re doing will probably be a better decision, it’s just not a great day for Bruce.”

Canopy said Zekulin will also help the board search for a new leader, considering both internal and external candidates. Zekulin said in the company’s press release, “I personally remain committed to a successful transition over the coming year as we begin a process to identify new leadership that will drive our collective vision forward.”

Read More:  Could you live on your retirement savings for 23 years?

A Constellation spokeswoman in a statement said the company fully supports the decision to appoint Zekulin as Canopy’s sole CEO.