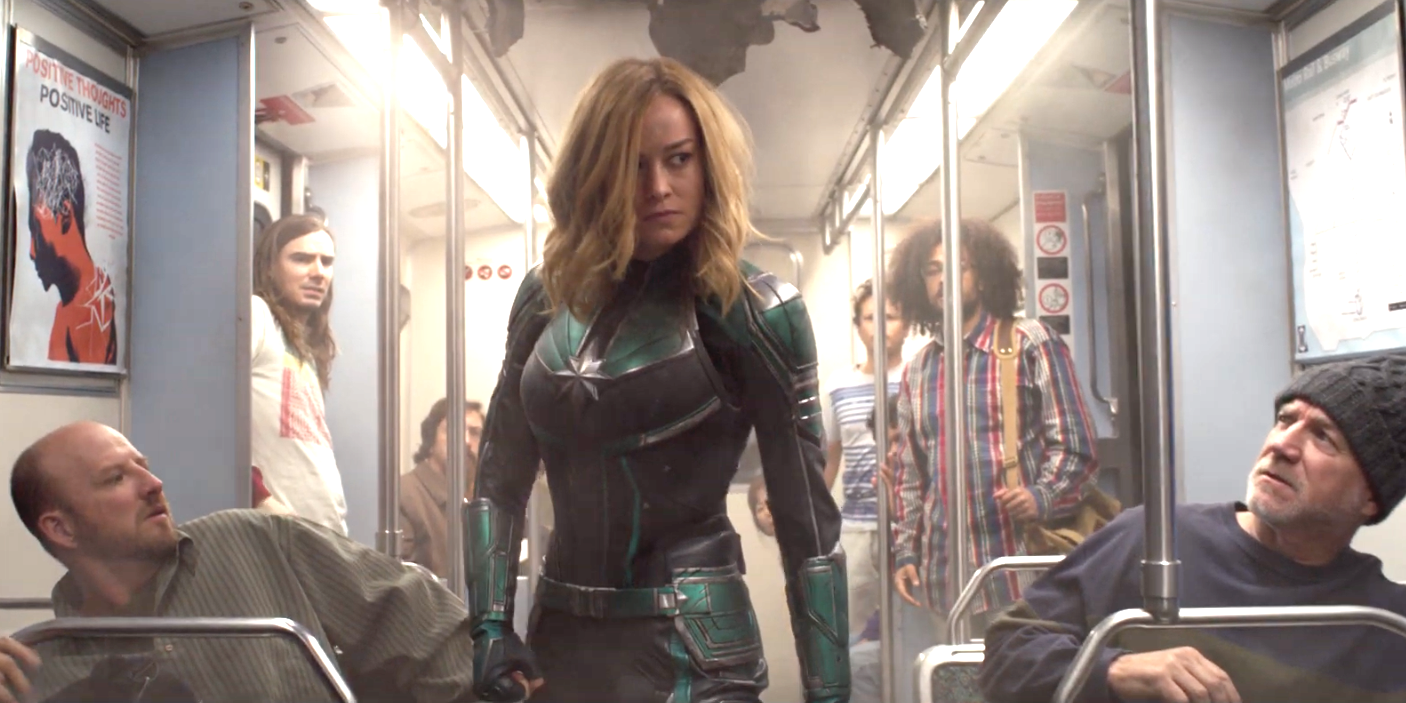 Captain Marvel is just a month away from rocketing into theaters, giving us a big dose of 1990s nostalgia—and hopefully also providing an insight into how Avengers: Endgame will sort out the mess that Thanos created.

The film will see Brie Larson’s Carol Danvers transformed into a superhero thanks to some extra-terrestrial shenanigans, and then deal with some shape-shifting aliens called Skrulls.

Larson shared a new clip from the film during her recent appearance on Ellen DeGeneres’ show, and that clip has now made its way online.

Brie also tweeted out the clip, sharing the video alongside the caption: “I’ll just leave this here.”

In the clip, Carol fights atop a train against a Skrull pretending to be a middle-aged man, while the younger versions of Nick Fury (Samuel L Jackson) and Phil Coulson (Clark Gregg) race to keep up with her.

If you’ve seen any previous trailers for the film, you’ll know the standout moment is when Carol punches an old lady on a train, who is actually a Skrull in disguise. It looks like this clip leads directly into that scene.

If you don’t know your Skrulls from your Kree, then don’t worry—we can get you up to speed on Marvel’s warring alien races.

Captain Marvel will be released in theaters on March 8.