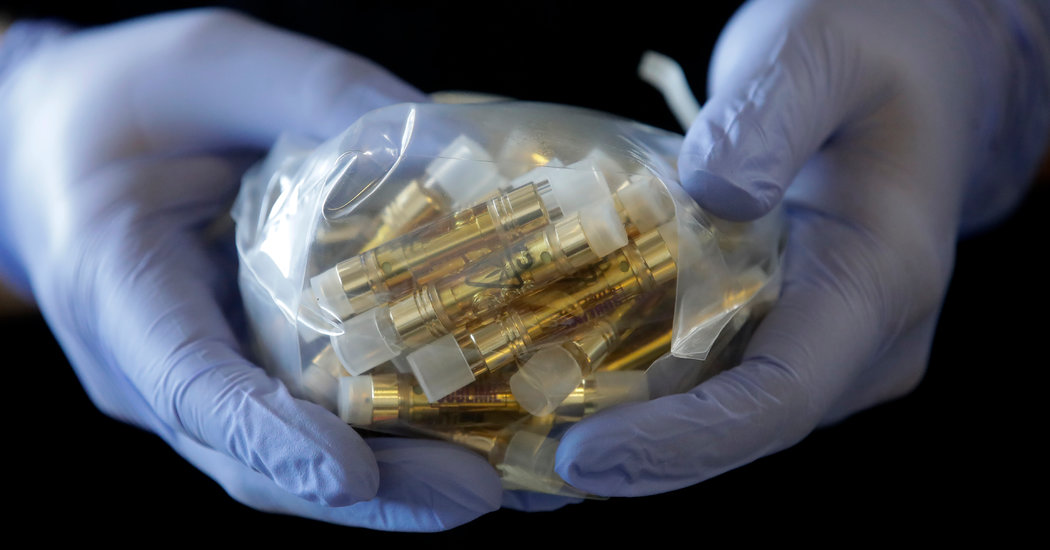 A second person has died from a severe lung illness after vaping, according to a lead investigator on the case in Oregon. The investigator said that the person had apparently become sick after vaping T.H.C. from a product purchased at a recreational marijuana shop in the state.

The investigator, Dr. Ann Thomas, a pediatrician and public health physician who is leading Oregon’s incident management team, said the person died in July after being hospitalized and put on a ventilator. Dr. Thomas declined to identify the person or disclose the age or gender, but said the patient was “otherwise healthy and quickly became very ill.”

Dr. Thomas said that the doctor who treated the patient recognized several weeks later that the patient’s lung infection was consistent with a syndrome thought to be connected to vaping that has affected more than 200 people around the country this summer, according to federal health officials.

So far, one other patient is known to have died, an adult in Illinois, and this second death — more than a thousand miles away — underscores what public health authorities say is a serious and deeply puzzling surge in vaping-related illnesses.

Federal authorities from the Centers for Disease Control and Prevention and the Food and Drug Administration have been working with state investigators to identify what toxin or substance might be causing the problem. The CDC said in a statement that it is aware of the death in Oregon.

Dr. Thomas, the Oregon investigator, echoed other authorities in saying that she has heard that many cases involve T.H.C., the high-inducing chemical in marijuana, but she cautioned that it is too soon to know for sure if marijuana-related vaping is a cause.

Read More:  Advice on whether to take ibuprofen if you're suffering from coronavirus

On Friday the C.D.C. warned people not to use vaping ingredients bought on the street, and to stop modifying either nicotine or cannabis e-cigarette devices.

The fact that the person who died in Oregon appears to have legally purchased the product raises questions about a theory that the products making people sick are counterfeit, jury-rigged or tampered with by consumers or retailers mixing their own vaping liquids.

“We need to keep finding ways to reach to public to do what it takes to keep young people safe,” she added, “I know that sounds a little dramatic but at this point we don’t know what’s causing it.”

Most of the patients so far have been teens or adults in their 20s or 30s, hospitalized with severe shortness of breath, vomiting, fever and fatigue. Some have been put on ventilators or in intensive care units.

Vaping technology is too new for there to be long-term research about its health effects. The devices have been touted as a safer way for smokers to get their nicotine fix without inhaling the cancer-causing toxins that come from burning tobacco. Whereas traditional cigarettes poison lungs by seering them with combusted carcinogenic chemicals, e-cigarettes work by turning nicotine liquid into aerosolized vapor that appears far less toxic.

But public health officials have become alarmed by the number of nonsmoking teenagers who have become addicted to nicotine through the devices, and by the growing use of the devices to inhale cannabis products, including T.H.C.

Health investigators believe there are dozens of possible chemicals inhaled through vaping that could be causing what appears to be a severe inflammatory reaction in the lungs, a condition that looks a lot like pneumonia and that can essentially strangle the afflicted if not treated properly. Some patients have been successfully treated with heavy doses of steroids, a therapy typically used to calm inflammation.