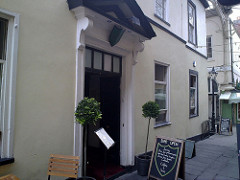 by brizzle born and bred

The speech is the most important way of communication in which symbols of the language are represented by verbal sound. Development of the language has some advantage in communication. In case of verbal language or speech, pronunciation of the words is very important part. It is very much possible that some people or a group will find it difficult to pronounce a particular word or will pronounce it incorrectly. It can also be possible for some that they have to make special practice and efforts for pronunciation of some words. Having little or no ability to pronounce some words of a language or pronouncing it in incorrect manner can be termed as language disorders

There can be various reasons for such disorders. These reasons can be physical or psychological in nature

It is also possible to have some speech problems should be associated with psychological or psychiatric disorders. In case of some kind of psychic trauma, speech of a person can be affected and even some times loss. In such cases the pronunciation of the words and the sentence constructions of the language become difficult and there can be loss of communication. This can be termed as language disorders as well.

Apart from the language or speech disorders discussed earlier, deafness can be one of the reasons for such type of symptom. As per the process of understanding and learning the language, hearing ability is as important ability as the ability of speaking. Normally child learns the language by hearing what others are speaking and with the way of imitating the same. In case of deafness gone unnoticed, child fails to understand the existence of words and for that matter any sound and could not understand or imitate it. In this case the language center of the brain fails to develop and hence the child is considered as a mute child. If remains in such way for very long time, like many years, then later training too becomes difficult and the child remains without any cure for language or speech disorder.

Like deafness, there is a possibility of language disorder with respect to child if the child is suffering from mental retardation. Mental retardation is the condition, mostly congenital, where the development of the brain of the child is halted. In such cases, lots of centers of the brain, controlling various parts of the body are undeveloped. Mostly in all the cases, the speech or language centre remains undeveloped hence speech disorders are unavoidable in such cases.

There can also be some possibility of a disease may cause some kind of language or speech disorders. As in case of facial palsy or paraplegia (paralysis), the nerves associated with sensory as well as motor type of sense organ, tongue get affected. Because of this person can not use his/her tongue properly, can not redirect the air or udaan vaayu properly at the region in buccal cavity hence causes speech or language disorder. Apart fro any disease, there can be some neural disorder which can cause some trouble with respect to either speech area in the brain or the organ of tongue leading to speech disorder.

If primary aim is to correct the language or speech disorder then first we need to understand the exact cause behind it. As we have seen so many causes and conditions leading us to such disorder, we need to come to the real cause so as to think about the possible line of treatment. If language disorder is some kind of symptom of another disease as in case of facial palsy or paralysis then treatment should be done for those diseases so as to get rid of the disorder.

For any reason related to psychiatric or psychological nature, counseling is one of the effective ways of treatment. By this method, the problematic condition with the mind is sorted out by speaking with the person who is suffering from such disorders. It is highly possible that fear of something which bothers a person remaining in his/her subconscious may cause some speech disorders. Similarly if the mind reacts quicker than that of the speech, the co-ordination between these two important phenomenons then also the probability of speech disorders remains hence counseling helps to regain the control of the actions of mind and speech getting rid of the speech disorders.

There are some herbs providing some assistance with the speech disorder problem. These herbs are considered to have either some ability to provide some strength to the speech area of the brain or to provide some effect with the tongue and other parts of the buccal cavity. Herbs like combination of Acorus calamus, Glycyrrhiza glabra, Terminalia chebula, Zingiber officinale, Carum roxburghianum, Saussurea luppa, Piper longum and cumin seeds and rock salt with clarified butter (ghee) is considered helpful in correcting speech disorders. At the same time herbs like Anacyclus pyrethrom, medicated clarified butter (ghee) with various special herbs can also be useful for consumption.

I am 33 years old Internet Marketing consultant and content writer from India.