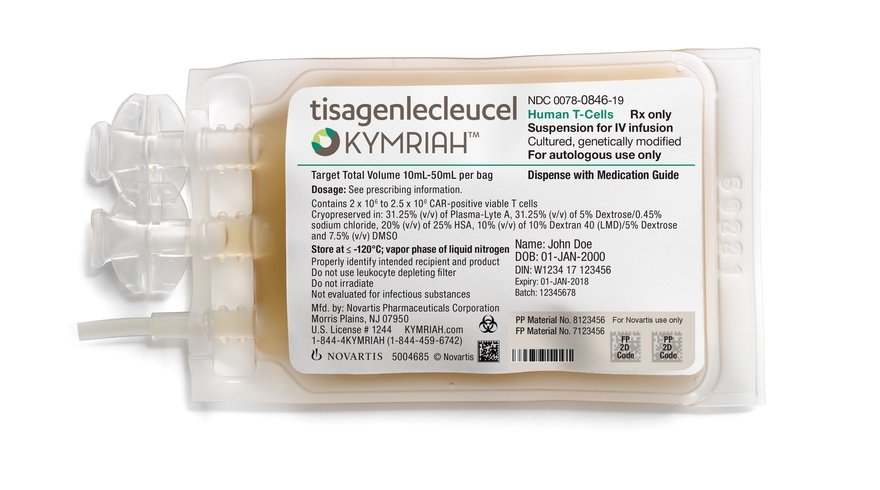 Novartis last week opened its newest cell and gene therapy facility in Stein, Switzerland, giving the drugmaker a closer-to-home option for Kymriah patients, the company said in a release.

The new facility, which is expected to employ 450, will allow Novartis to manufacture tailored cell therapies for European patients, opening a bottleneck that previously required two transatlantic flights to the drugmaker’s sole facility in Morris Plains, New Jersey.

Researchers are often unable to access the information they need. And, even when data does get consolidated, researchers find it difficult to sift through it all and make sense of it in order to confidently draw the right conclusions and share the right results. Discover how to quickly and easily find, synthesize, and share information—accelerating and improving R&D.

“Our site in Stein is vital for new launches of solid and liquid drugs,” Steffen Lang, Novartis’ global head of technical operations, said in a release. “The construction of the new manufacturing facility is another investment in the production of breakthrough cell-based therapies that can potentially change the lives of patients.”

Novartis said Kymriah will face a European regulatory decision in early 2020, which would immediately open the facility for commercial production.

The Stein plant currently employs 185 employees, many of whom previously worked at Novartis’ “traditional chemical and pharmaceutical manufacturing” sites in Basel, Schweizerhalle and Stein.

“The importance of this traditional production is diminishing, as the portfolio trend is increasingly toward small-volume, difficult-to-manufacture and highly complex products,” the company said in a release.

In all, Novartis plans to employ 450 workers at the Stein facility at a CHF 90 million ($ 90.6 million) investment over three years.

Ever since Kymriah’s initial FDA approval in late 2017, the expensive and difficult-to-manufacture cancer therapy has given Novartis headaches despite blockbuster sales hopes.

The manufacturing process for Kymriah is very complex, requiring that blood be taken from a patient, cryopreserved, shipped to a manufacturing facility, reprogrammed and manufactured in the lab, and then shipped back for infusion into the patient, all in the shortest time possible to try to outrun aggressive cancers.

Adding to the logistical nightmares, the manufacturing process itself has had issues staying within commercial spec since Kymriah’s approval.

In December 2018, Novartis acknowledged that it was providing doses of Kymriah manufactured out of spec at no cost for physicians seeking last-ditch solutions for patients with aggressive and hard-to-treat cancers. Liz Barrett, then-CEO of Novartis Oncology, outlined in early 2018 there was an issue around cell variability when treating relapsed large B-cell lymphoma that involved the number of inactive cells, which has sometimes resulted in the drug being out of line from the commercial specs.

Despite those challenges, Kymriah’s growing demand is still driving up the therapy’s sales. In the third quarter, Kymriah hit $ 79 million worldwide, a 295% increase from the same time last year.