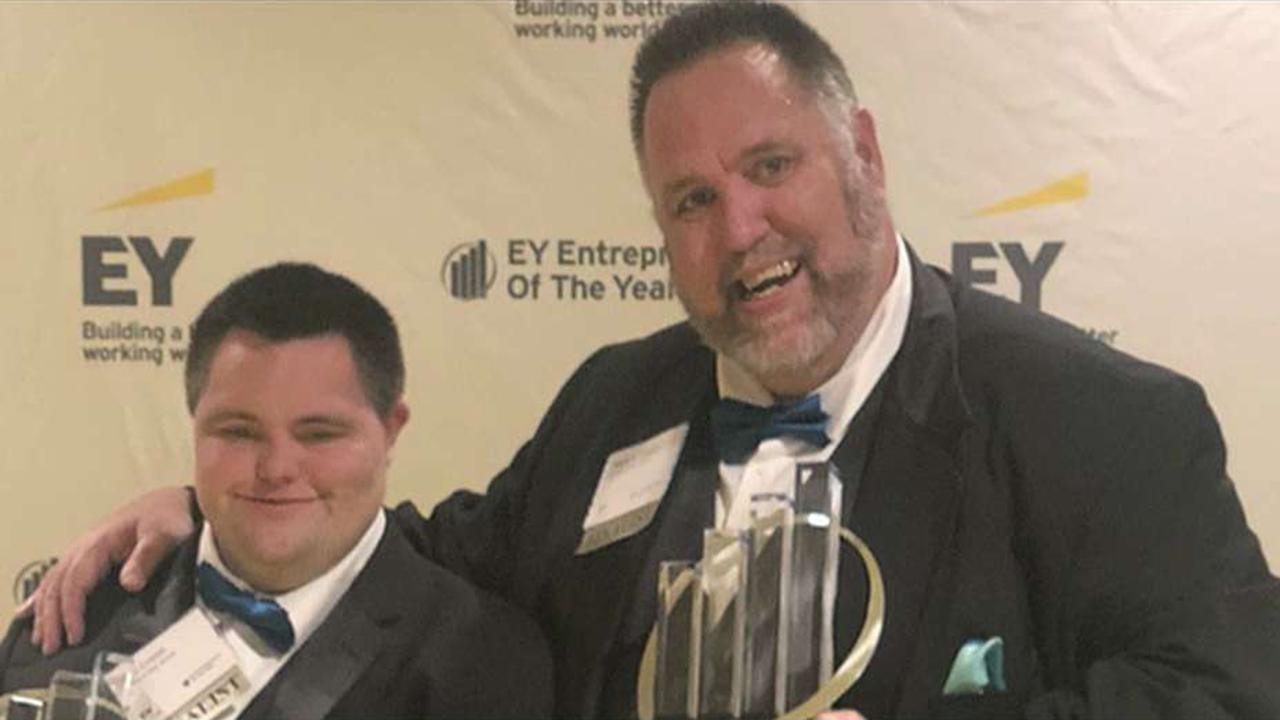 John Cronin, 23, co-founder and “Chief Happiness Officer” of John’s Crazy Socks, just won an Entrepreneur Of The Year award and celebrated his huge achievement on “The Story with Martha MacCallum.”

He’s the first businessman with Down syndrome to win the Entrepreneur Of The Year 2019 New York award.

“I am,” he exclaimed about his multihyphenate role: entrepreneur, philanthropist, and businessman.

His company sells socks and greeting cards, and most recently debuted patriotic socks. “I am wearing them right now,” he shouted about the socks he was wearing on the show.

He said he went into the business because he wanted to work with his father, Mark, who appeared on the show with him. “I wanted to make crazy socks,” John said.

“It’s not just the selling part,” his father added about their mission. “We are showing the world what we can do.”