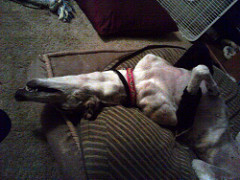 Asthma is on the rise today. While it has been unclear what exactly happens to cause asthma, the factors that contribute to the development of the condition are clear.

Namely, air pollution is the big one. This wreaks havoc on the body anyhow, but asthma develops when the autoimmune response to airborne toxic invasions is off the charts.

Humans have been flocking to urban centers for the last few hundred years. There were big cities before, such as Edo, feudal Tokyo, which has a population of over a million even 300 years ago. However, nothing like today. We see tens of millions of people living in one city space. More importantly, we see thousands and thousands of factories polluting the air in these densely populated urban centers.

There is also something called the hygiene hypothesis to consider. This essentially proposes that humans have become too clean. We control our environments to remove any possibility of contagions, contaminants, and germs so that we never get sick. Unfortunately, this also means that our immune systems don’t get tested as much as they traditionally would. Sanitation is important. Without it, we could suffer serious infections and diseases all the time – this still does occur pretty frequently in the United States and the rest of the developed world.

As our immune system – which is responsible for fighting off infections – goes untested, it tends to become hyperactive to small invaders. This includes pollen in the case of seasonal allergies and air pollution in the case of asthma.
Treatments

Usually, asthma is treated with inhalers. However, these medicines go right to the lungs rather than the blood stream. While this might seem more effective in temporarily reducing symptoms, it does little to actually stop the asthma.

This observation, which is backed by science as well as being commonly anecdotal, has led to speculation among the populous that inhalers are just filled with water vapor and other such things and are merely about getting people’s money, not treating asthma. Some conspiracy theorists have even stated that asthma is not real.

Asthma is very real. Inhalers are good treatments as well. However, inhalers are not the only way to treat asthma. There are methods of environmental control, as well as corticosteroids.
Controlling your Environment

If were so easy, you could just simply move to somewhere with cleaner air. In the short term, this can often cause an increase in symptoms, but as the body gets used to the cleaner, fresher air, asthma symptoms often go away. Some researchers have even proposed that the condition relents and disappears entirely. However, this is most likely true only for children. If you want to protect your children from asthma, move out of the big metropolises like Los Angeles, Houston, Shanghai, Taiwan, and Seoul that are famous for their air pollution.

Short of this, you can wear a gas mask.
Actually, even moving to the suburbs will help a lot.
Prednisone

This is an oral steroid treatment. Prednisone suppresses the immune system to provide quick and lasting relief. Prednisone is taken orally and goes right into the blood stream. It is recommended for severe attacks or long-term problematic asthma.

For other highly informative insights on numerous topics from Sandi Smith visit http://www.primeprix.com/answers-about-asthma.html. Sandi Smith is a professional journalist with 15 years of experience delivering news to the public.