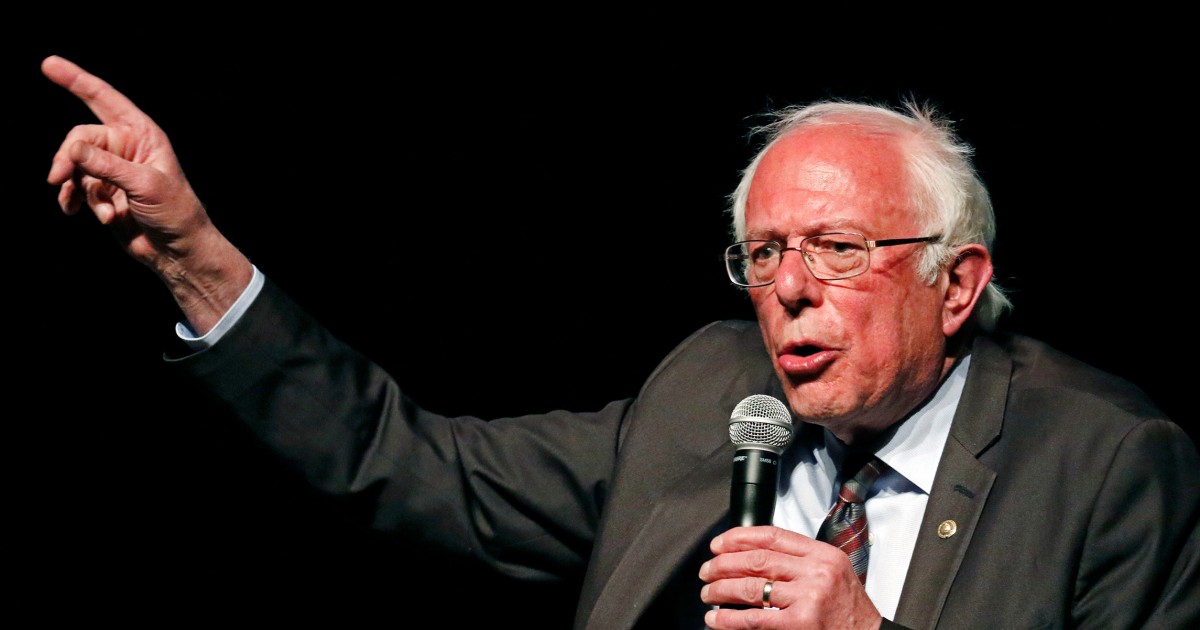 Patients who undergo procedures to unclog their arteries, as Bernie Sanders did, can expect to get back to their normal routines in as early as a week to several weeks, according to cardiologists.

The Sanders campaign announced Wednesday that surgeons inserted two stents into one of Sanders’ arteries after discovering a blockage there. Stents help reduce the risk of a heart attack, and patients typically are put on aspirin and blood thinners afterward.

The procedure marks the first time that Sanders has reported having issues with his heart, though he has a history of high cholesterol. His campaign said he sought medical attention because he had “chest discomfort.”

Sanders, 78, is the oldest person running for president but has avoided some of the scrutiny about his age faced by Democratic front-runner Joe Biden, 76, who has a lighter campaign schedule and has made a string of verbal miscues that President Trump has described as evidence that he is “not playing with a full deck.”

Still, Sanders has faced a couple of health incidents this year, including struggling with a strained voice during the Democratic debate in Houston in September and receiving stitches in March after hitting his head on a shower door.

Sanders has committed to releasing his medical records before the Iowa caucuses in February, as have other septuagenarian rivals such as Elizabeth Warren who is 70, and Biden. Trump is 73. He released few details from his routine physical this year at Walter Reed National Military Medical Center in Bethesda, Maryland.

Sanders doesn’t engage in heavy alcohol consumption or smoking, which are some of the typical risk factors for heart disease. But the risk of heart disease, the leading cause of death in the U.S., does increase as people get older.

According to the American Heart Association, generally patients who have stents are discharged from the hospital within a day and they are able to return to work in a few days or weeks. The timeline depends on whether patients had a heart attack or any other medical issues.

“Sen. Sanders is conversing and in good spirits,” Sanders’ senior adviser Jeff Weaver said in a statement. “He will be resting up over the next few days. We are canceling his events and appearances until further notice, and we will continue to provide appropriate updates.”

Sanders said Wednesday afternoon that he was “feeling good” and promoted his Medicare for All Act.

Thanks for all the well wishes. I’m feeling good. I’m fortunate to have good health care and great doctors and nurses helping me to recover.

None of us know when a medical emergency might affect us. And no one should fear going bankrupt if it occurs. Medicare for All!

Dr. Fred Welt, chair of the American College of Cardiology’s Interventional Committee, said male patients who need stents seek medical help because they tend to have pressure they describe as feeling like “there’s an elephant sitting on my chest.” Other symptoms can include shortness of breath, clamminess, abdominal pain and nausea, he said.

Stents are wiry mesh tubes that surgeons insert into arteries to prop them open when too much fatty buildup gets in the way of blood flow. According to the Mayo Clinic, the procedure requires only small incisions.

Read More:  Causes of Back Pain relating to Postural problems

“By clinical guidelines, an artery should be about 70% blocked before a stent is placed,” Dr. Robert Harrington, president of the American Heart Association, said in a statement. “This is a fairly common heart procedure — about 434,000 procedures were done in 2014 in the U.S. Often patients require more than one stent.”

The procedure takes between 1 and 1 1/2 hours. Patients in some cases are awake and talking to doctors while it’s happening, Welt said.

“I have no idea what happened and the particulars of his case, but in and of itself I don’t think it means anything for his ability to exercises and function,” Welt said.

The break from the campaign trail comes for Sanders at a time when Warren has started to edge him out in some polls to put her in second place behind Biden. Still, he isn’t the first candidate to take a break from campaigning due to a medical condition. Most recently in a presidential campaign, Democratic nominee Hillary Clinton took time off after having pneumonia.

Medical records Sanders disclosed in 2016, the last time he was running for the Democratic nomination, showed he had been treated for various conditions, including gout, which is a form of arthritis, and for back problems. Sanders underwent surgery for hernias, which occur when tissues bulge inside the body, and for a cyst on his vocal cord.