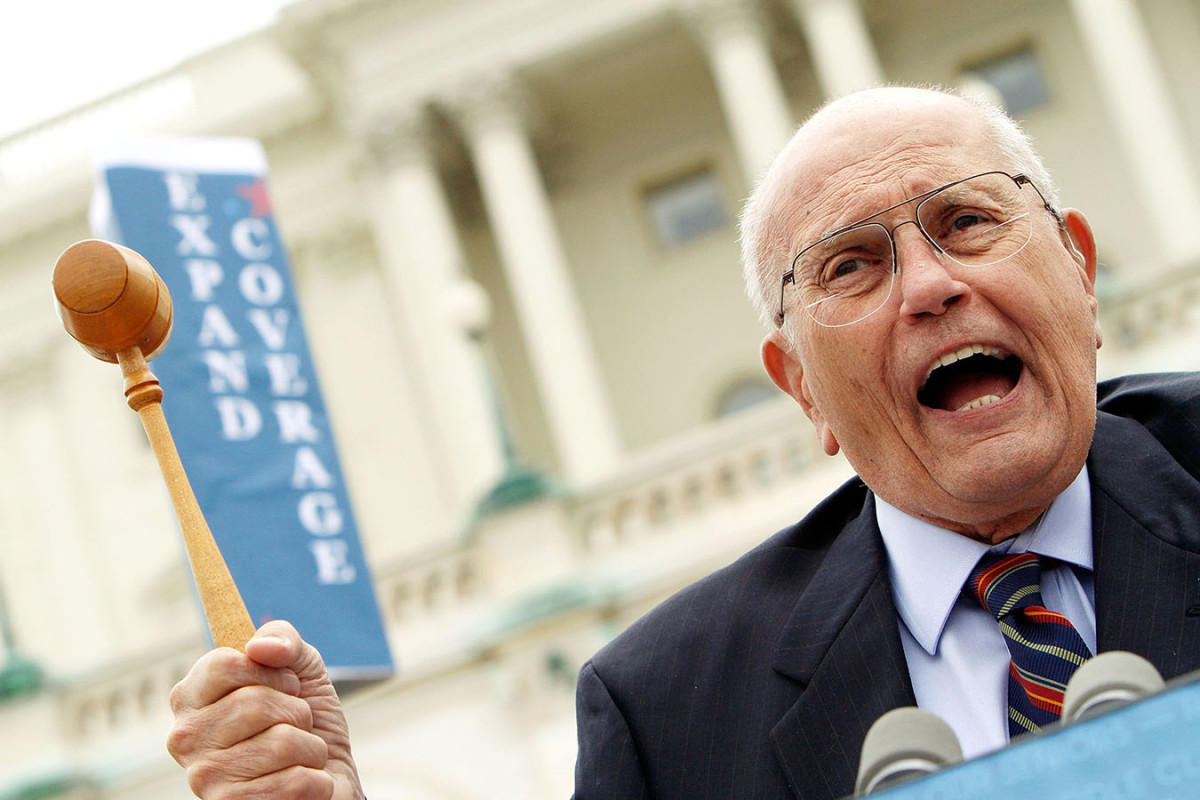 This story can be republished for free (details).

Former Rep. John Dingell, who died Thursday, was known for his strong opinions during his nearly 60 years in Congress. And even after leaving Congress, he continued to express his views through a lively, partisan — and sometimes earthy — Twitter account that attracted a keen following of more than 265,000 supporters and critics.

Although his posts dealt with a wide variety of issues, Dingell’s longtime devotion to improving health care was a frequent topic.

Here is a small sampling of his musings on health care. Click on the examples to see the full post and retweets.

From his many years championing health reform in Congress, Dingell could offer a unique historical perspective of the efforts to expand coverage, a quest he said would make “my pop” proud.

Who knew health care could be so complicated?

Dingell took great pride in the passage of the Affordable Care Act. He acknowledged it wasn’t perfect. “The only perfect law was handed to Moses on stone tablets by God himself.”

Was Obamacare perfect? Hell no. The only perfect law was handed to Moses on stone tablets by God himself. Obamacare was an important start.

He had no patience with Republican lawmakers’ efforts to repeal and replace the ACA.

House GOP had the better half of a decade to provide a viable alternative to the ACA. Instead, they scribbled some tax cuts on a bar napkin.

And he didn’t take kindly to efforts by “knaves and know-nothings” in recent years to add work requirements to Medicaid programs.

How about some work requirements for this White House staff? I want a daily report on what these knaves and know-nothings actually do each day. Trump included.

He clearly enjoyed jousting with friends and foes on Twitter.

This story can be republished for free (details).