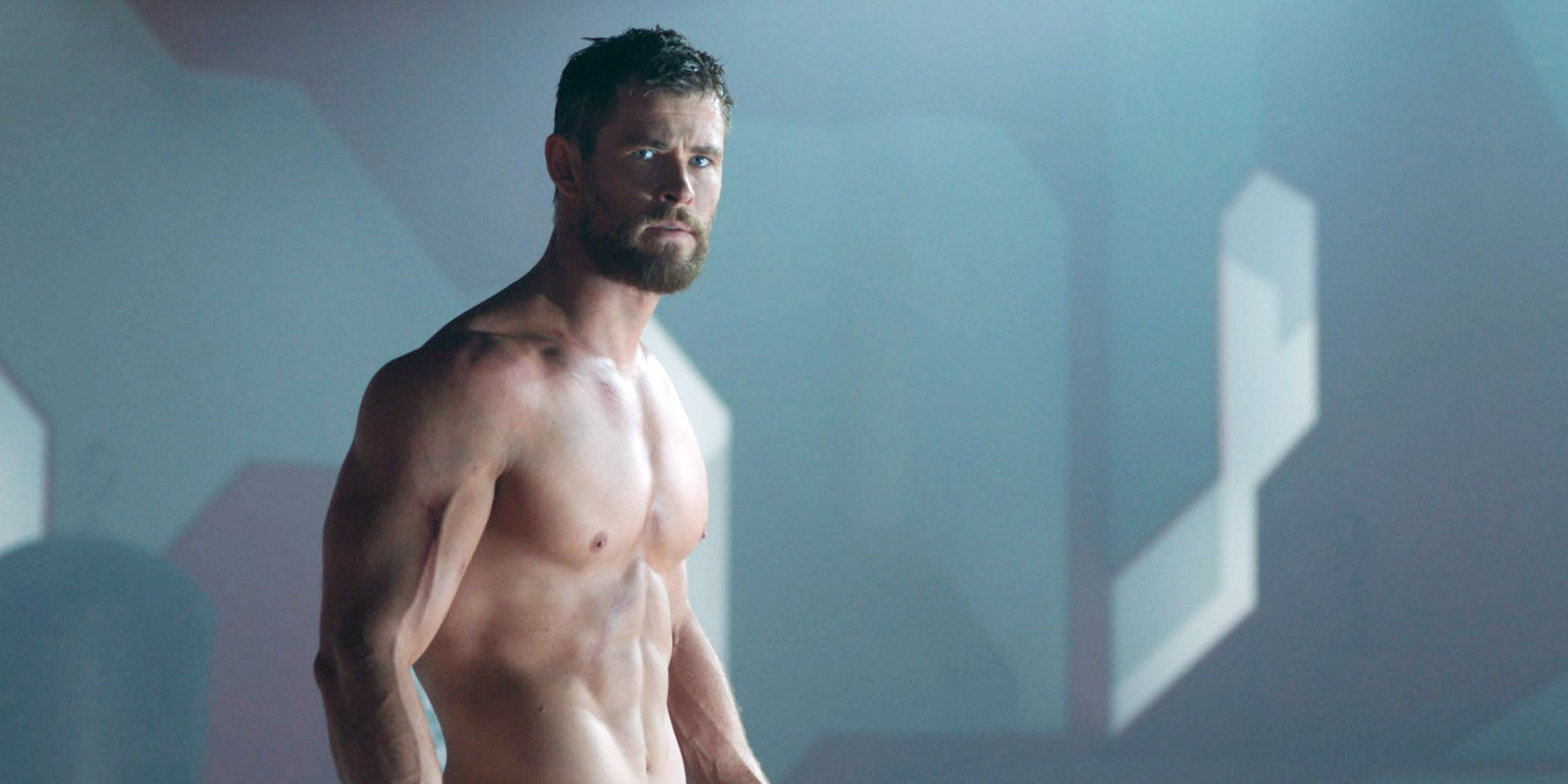 Even among the stratified tiers of celebrity hunks, Chris Hemsworth stands out.

The Australian actor made a name for himself by playing Thor in the Marvel Cinematic Universe, embodying the full-fledged physique that comes along with playing the god of Thunder. Hemsworth is undeniably jacked — so much so that he distracts his co-stars when he takes off his shirt on camera — but all that muscle doesn’t just come naturally, no matter how ripped his dad might be. Hemsworth’s workouts have become social media legend, as he shares his highly-functional athletic exploits with the world.

Next, he’ll transition from playing a Norse god to a human special agent tasked with managing Earth’s extraterrestrial population in MIB, the latest spinoff in the Men in Black film series.

To take on the role, Hemsworth didn’t need the otherworldly muscles of an Asgardian warrior, so his longtime trainer, Luke Zocchi, put a plan together to cut down to a leaner build.

“The look for [MIB] was a more athletic, less bulky, more athletic look than Thor,” Zocchi told MensHealth.com. The two Aussies have been working together for six years, and are currently in the midst of training for their eleventh film.

The Challenges of Training Chris Hemsworth

Keeping a real-life superhero in shape isn’t easy, according to Zocchi, and the muscle definition is only the first challenge. Hemsworth’s busy schedule filming multiple movies each year can make the task even more difficult. To adjust, Zocchi has to get creative. “My training philosophy with Chris is to train in the most effective way possible because he is so busy and is always pushed for time,” he said.

For one of the Marvel movies, that means training four to five times a week with full body workouts, alternating between lower and upper body focus. For MIB, that wasn’t necessary. “We changed the training to more of a circuit-style approach, with constant moving with functional dumbbell lifts and body weight exercises,” Zocchi said. “On the nutrition side of things, we where eating a lot less food than we would for the role of Thor, only eating three meals a day.”

One activity remains constant when the locale allows. “Surfing normally comes first,” Zocchi said. “If the surf is on, we will go surfing before training.”

Men’s Health caught up with Zocchi at Hemsworth’s house in Byron Bay, Australia, to check out the exact routine they used for MIB. The star himself couldn’t make the shoot — but we got the next best thing. Hemsworth’s stunt double, Bobby Holland Hanton, came out to demonstrate the workout.

Check out the video above for more detailed instructions from Zocchi. All you need is a set of medium dumbbells and half an hour, and you can work your way to a more cut body like Chris Hemsworth.

Perform 10 tabata rounds (20 seconds on, 10 seconds off) of both exercises. Start slow and get faster as you progress through the rounds.

Perform 8 reps for each exercise consecutively as a circuit. Don’t rest between moves, and rest as little as possible between sets. Repeat the circuit 3 times.